It’s been a weird week getting used to my dad being out all day. When he was self-employed, my dad used to do a lot of work at home, and I would often sit beside him suggesting we mix a drink. But now he’s joined the Monday-to-Friday crowd and left me to my own devices.

No complaints, though, because I figure that along with that first regular paycheque, the liquor train will roll in as well. We are going to get wasted, people. I can’t imagine my dad wouldn’t take that cheque and blow it all at the liquor store.

But I kind of miss having my dad around. He’s pretty easy-going and he often finds interesting music. He found this, for instance.

But missing my dad is worth it if his new job will finance a fresh supply of TANQUERAY and BACARDI 151. I want him to succeed! But I wonder if he embodies the 7 Habits of Highly Effective People? OMG, I don’t even know what they are! Have you heard of them, my fellow inebriates?

It’s hard for me to really figure out what things like this mean (I can’t stand right now), but I’ll do my best. I figure my dad’s got the habits…but do I???

I don’t know about my dad, but this is where Covey and I part ways. He obviously doesn’t endorse a dissolute life, nor would he endorse single-minded pursuit of liquor. Who is this guy anyway?

Did you know he comes from Utah? Yes, peeps, he is one of the most famous and successful Mormons in history. 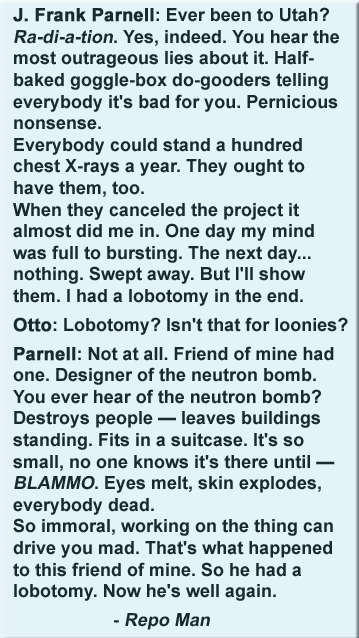 Still, reading the 7 Habits has made me feel a little conflicted. I totally want my dad to succeed; we need that liquor money to keep flowing. But I don’t want to picture him in his ginch, magic or otherwise. So should I tell him about the 7 Habits?

The most discombobulating aspect of my drinking is the way the world continues to churn while I’m passed out. I wake up and all kinds of shit has happened, some of it not very good. Take, for instance, the radio report this morning about some grizzlies on Grouse Mountain killing a little black bear cub. Here’s the Province article.

Well, what was I doing while that was going on? There’s no question I was innocently getting sauced, with no thought to the plight of the little cub. My buddy Blackie Bear is such a cub, so of course I feel twinges on his behalf.

It could have been any of his relatives getting mauled to death up there, and how would he have any idea? And what was he doing when that shit went down? Probably pigging out on cookies.

The sad event happened in October but for some reason the radio jumped on it today. Radio news is kind of like that—yesterday I heard a lengthy report about how to keep your Remembrance Day poppy attached, and by the end of “Movember” I’ll have heard my fair share of audio play-by-plays of radio talent getting themselves shaved. Dead air is the sacrilege of radio, as one of my mum’s crazy classmates once said a long time ago, and so it’s totally cool to report on all kinds of randomness.

Not that the grizzly killing wasn’t noteworthy, but it happened over a month ago, and I guess I would have liked the option to hide from my friend Scarybear, who happens to be a violent grizzly.

So, I’m sorry, little black bear cub, that I wasn’t paying attention when Grinder and Cola tore you apart after you wiggled under the fence of your enclosure. I was really inebriated at the time, and this is what I was drinking:

First off, with its almost wine-like alcohol content and fruity nose, I expected this beer to taste much stronger. As the bottle indicates with handy glyphs, it’s a sipper rather than a pounder, and definitely a beer for those Reidel stemless glasses, or even a brandy snifter.

Made in Quebec, TROIS PISTOLES is definitely channeling some Belgian sensibilities. Reminiscent of Kriek but with a peachy rather than a cherry flavour, TROIS PISTOLES pours a dark caramel colour with crisp carbonation and moderate lacing. From the first whiff it exudes stone-fruit smells: peach up front with plum behind.

If you’re a fan of Belgian-style beers with a fruity nose, I RECOMMEND this as a perfect example of that kind of brew done right. The scent is of fresh orchard, not artificiality, and the fruit is just sufficient that you’re aware of it with every sip, stopping well short of being cloying.

If you’re not a fan of fruitier beers, I still don’t believe you’ll be grossed out by TROIS PISTOLES, although you’ll probably want just one. I wanted many, but my dad bought only one, and since I am very small, it knocked me out cold.

Yikes, people, looks like the bears on the mountain need to mellow out. My pal Blackie Bear could have been this bear cub, if he weren’t sitting on the couch eating cookies.

I had no idea this happened! This is the kind of thing that happens while you’re passed out, an empty bottle of Trois Pisoles lying beside you along with some vague ambitions to review it later. What on earth?

My friend Scarybear is a grizzly and probably agrees that what happened was all natural. What do you think? Should I be worried that he’ll maul me to death?