I’m all for speaking moistly during non-pandemic times. Being as absorbent as a bar rag, I’m often moist (well, damp). But our prime minister urging everyone not to speak moistly this morning? That was a treat.

Reactions on Twitter were immediate and largely positive. The moment was downright humanizing. But still, we had to make sense of it. Here’s our attempt.

I was prepared to be outraged when my mother casually mentioned that Canada doesn’t currently have a deputy prime minister. The subject came up because Miss P had come home from Grade 2 enthusing about Alberta (Oil! Dinosaur bones!) and asking when we could go there. Prime Minister Stephen Harper is from there and has made a career of exploiting that province’s oil reserves, ripping up boreal forest with abandon and draining rivers to supply an unsustainably water-intensive dirty-oil industry that’s quickly rendering much of Alberta more like a Martian landscape than the pristine Canadian wilderness where fur traders and settlers once tromped. O Canada.

Just the mention of Alberta was enough to get us hatin’ on the Harper Government.* Only the beady-eyed Harper, who has kiboshed no less than 3,000 environmental impact assessments, loosened regulations to allow corporate food producers to conduct their own safety inspections, fired a whistleblower for reporting weaknesses in the Chalk River nuclear facility, refused to sign a UN declaration citing water as a human right, cut science funding, issued generous tax cuts to frackers, repeatedly attempted to institute comprehensive Internet surveillance, and removed historical pictures of past prime ministers from the House of Commons and instead festooned it with at least 25 pictures of himself, could be such a colossal dickhead as to fly without a deputy, right?

So when Mum said we had no deputy prime minister, I thought WTF? and looked it up, only to discover my outrage wasn’t legitimate. Turns out the position is fairly modern (1977), fairly nebulous and often ceremonial. Unlike the American Vice President, the Canadian Deputy Prime Minister does not expect to ascend to leadership in the event of the PM’s untimely death. In fact, only one deputy prime minister, Jean Chretien, has ever gone on to become prime minister.

Harper is all about letting the fox mind the henhouse.

Still, the Deputy Prime Minister’s does have the job of answering policy questions during Question Period. But Stephen Harper isn’t big on his government answering questions. Still… You’d think he’d at least install some toothless moppet to sit in Parliament and nod its head.

And once again I found myself writing a political letter….

I just noticed today that you don’t have a deputy prime minister. While I understand you probably wouldn’t want some outspoken, informed person at Question Period, perhaps you could use a head-nodding imbecile such as myself.

I could even help out with duties such as watering your plants or stroking your cat (that’s not a metaphor). Let me know, dude. 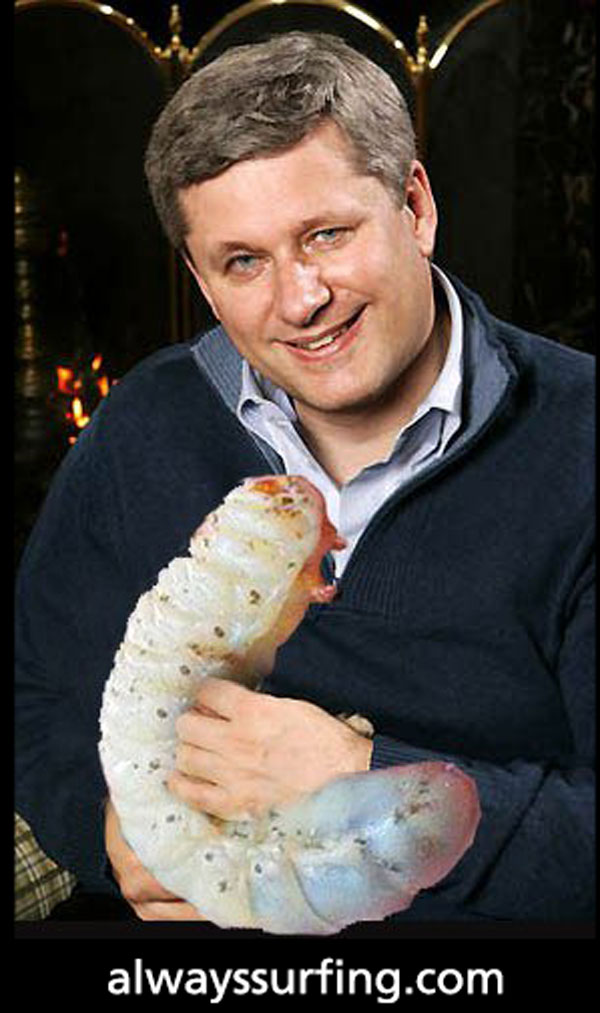 I don’t know, my fellow inebriates… Will another of my political rants go into the cyber void?

*Only a total dickhead with dictatorial aims would actually rechristen “the Canadian Government” officially with his own surname. 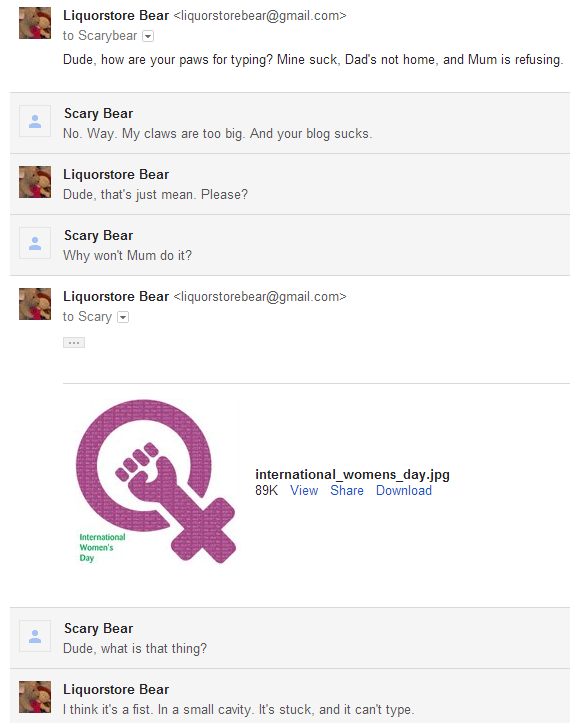