Three hundred and sixty-four days a year you tell your kids not to approach strangers. You tell them not to take candy from strangers. And then on October 31 you send them out in the dark with a bag to do both.

And sometimes you realize your protective instincts were spot-on. For instance…

“Whoa,” my dad said when he pulled this booklet out of V’s bag. “I thought we just had to worry about razor blades.”

The image does seem a little hard-core for a five-year-old—especially one who hasn’t grown up with the Christian story. If, back in the day, my parents’ neighbors had bestowed such a tract on them instead of a Milky Way bar, they would have been surprised by its not being candy, but not by the imagery; Dad went to a nondenominational church where congregants saw crosses all the time, while Mum went to Catholic mass where she saw not only crosses but the crucified Jesus with clockwork regularity.

Not so the kids at LBHQ. While their exposure to Christian doctrines hasn’t been expressly curtailed, the family nevertheless does not attend church, does not pray, does not say grace, does not promise eternal salvation after death, does not threaten eternal punishment, and does not spookily assert that Granny is watching them from the sky. (They don’t even let me tell them about Fluffy.)

What the kids are getting might be called, if you had to label it (and occasionally Mum is asked by a fellow parent to do so) a secular humanist upbringing. The kids are discouraged from pillaging, stealing, killing, torturing, raping, etc., but without any deity commanding it. Meanwhile they’re encouraged to share, to be kind, to have empathy, etc. So far it’s working; there’s no sign of psychopathy or collusion with Satan, although their empathy is limited to fellow humans and Cuddles the cat.

No big deal, we thought. Live and let live. Lots of our neighbors worship, and that’s fine. Fine, also, if we don’t, right?

No way, José. Certain parents won’t do playdates with us. Others will, but they’re uncomfortable having kids at their table who don’t pray before eating their apple slices, so they make a point of educating P and V about Jesus Christ. The parents who trick-or-treated alongside us were upset by a pumpkin with Freddy Kreuger’s face carved into it (“That’s wrong, that’s Satan”). But finding a crucifixion picture in the Halloween candy was a first for us, people.

Even couched in kid-friendly syntax, vicarious redemption is a complicated doctrine. Coming from Christian homes, my parents grew up trying to wrap their heads around it, and finally couldn’t. They will discuss it avidly, and they’ll happily talk about any and all religious teachings with the kids—just as they’ll happily explore history and literature from all cultures. Some things they feel the kids are too young for—“Ulysses,” for example, “Breaking Bad,” David Lynch movies, and the bible. They wouldn’t read Leviticus to the kids any more than they’d take them to see “The Dark Knight Rises.” It’s too scary. There’s too much context. There’s too much to analyze, and at ages 5 and 7, P and V don’t yet have the full toolbox for it. As those cognitive skills come into place, they’ll have their pick of three bibles in the house. If they wish.

Doesn’t it strike you that religion vis-à-vis childraising is…personal? It seemed downright gauche of our neighbor to anonymously slip some propaganda in with the Milk Duds. Maybe just a little over the line…

We receive plenty of tracts from various Christian organizations through our mail slot, and unless they contain graphically violent pictures, they end up splayed openly across the coffee table with the bills and pizza flyers. It’s not that we would have hidden a religious pamphlet from the kids (although we probably wouldn’t show them a picture of a guy nailed to a cross)—it’s just weird that someone felt compelled to place that literature among the kids’ treats, rather than entrust it to the parents or—you’d think—let the parents just do whatever they’re doing, religious or not.

Said my dad not for the first time, This is an odd demographic.

Sure, this is a very religious area. So in a very non-religious area would we expect to find a Planned Parenthood brochure in the treat bag? How about a pamphlet on evolution or stem-cell research or same-sex marriage?

How many of V and P’s classmates’ parents would be outraged to find this in a Halloween bag? 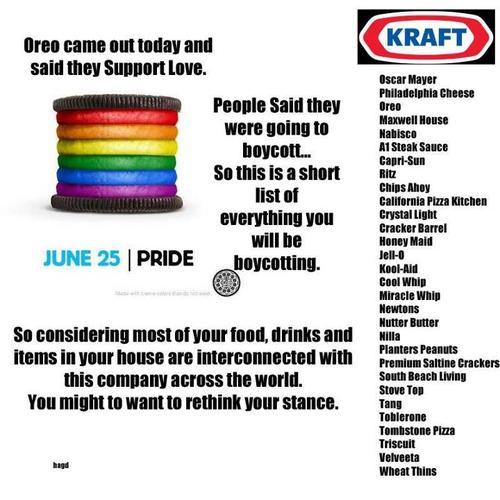 We were on a roll now, thinking of unsuitable Halloween items. Condoms! Lube! Diet pills! How about (I suggested hopefully) some airline-size alcohol bottles?

Why not? When you start depositing religious propaganda in a child’s Halloween bag, you’re taking a political shot across the bow. You’re making a Trojan horse of an innocent little trick-or-treater for your personal ideology. You’re hijacking something childlike for your own adult agenda. And that is uncool.