Our homeschooling effort is pretty rocky. 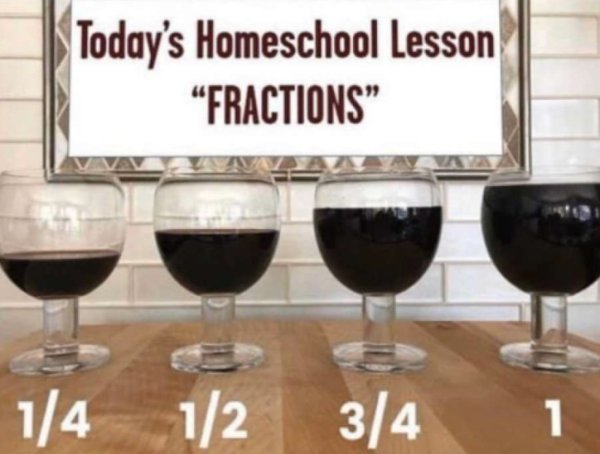 At least P, aka God of Math, is cooperating at school.

As for Miss V, her kindergarten teacher sent home a note explaining that if V told us she didn’t get any playtime, it was because she had absolutely refused to do her coloring.

Okay, so you guys know I’m a Canadian bear, but I still like to keep an eye on Mitt Romney and other nutty characters with grandiose visions of themselves in government. You don’t want to mess with magic underpants, especially when they exhibit skid marks. Speaking in Virginia yesterday, Romney revealed just such a brown stain when he said that students should get “as much education as they can afford.”

Get a free education from a creationist college.

Yes! If you’re willing to hunker down for some oxymoronic tutelage, you too can emerge from your years of schooling with something almost like a degree. In what, you ask? Well, read on:

How about Christian Ethics? (Note that these differ from non-Christian ethics, which endorse rape, pillage, murder, etc.)

How about Mind Manipulation? Learn the dangers of exposing yourself to outside information such as science. Manipulators are everywhere! Says the online brochure from Trinity Graduate School of Theology:

“Methods of desensitization are used in repeated exposure of immorality through television programs and commercials. Repeated lies are being told to convince Christians that those things that are right are now to be perceive as wrong and what is wrong should be accepted, by shifting values.”

I didn’t want to be a dick and edit the typos. This is, after all, a site of higher learning, so who am I to correct it? But doesn’t the program sound appealing? Wouldn’t you like to learn how to navigate through hazardous modern temptations?

And, for those returning to school after having families, there’s Parenting. Here’s a snippet from the curriculum:

“The internet is another source that teaches pornography, teaching of the suicide, drug addicts’ etc. parents could ask computer specialists who could help to hide sites on the internet not to be viewed by children or avoid them from being downloaded.”

Now, this is all very well, but what if you want to study science? Creationist schools have that covered. AiG, for example, “teaches that ‘facts’ don’t speak for themselves, but must be interpreted…the Bible offers the best explanation of the world’s geology, anthropology, and astronomy.” Thus, the Grand Canyon’s many strata do not represent long time periods but rather extremely (!) accelerated periods of celestially assisted erosion. Likewise, a satisfactory wealth of transitional fossils will never be found, even while evolutionary biologists like Richard Dawkins wave them in the faces of creationists who insist they do not exist (“la, la, la, I can’t hear you!”).  And finally, the astronomy section’s large FAQ section explains why the earth is indeed truly the “spiritual center of the universe.”

Sounds good to me. Creationist colleges everywhere offer great deals ranging from free to cheap. Even those that charge a bundle are a bargain compared to most mainstream colleges. Sure, you’ll get spat out without a chance of competing against Ivy Leaguers in the work force. But at least you won’t go to hell.*

*Hell might very well be a place on earth. On this, Day Five of the Involuntary Dry-Out, I begin to understand it a little.