My dad looks awfully weird on Skype. I’m not used to his head being twice its normal size, but I put up with it because I had some questions about the trade show he’s attending in Toronto.

What is there to drink in Toronto? Will there be liquor items coming back? To me?

My dad said he went to an Irish pub for supper and ate fish and chips with his boss. My dad is totally boring.

Are there strippers and hookers there? Or both?

My dad said he’s at an electronics trade show and that therefore it’s full of geeks. I interpreted this to mean there would be both strippers and hookers. My dad said, “Actually, no,” at which I winked. The kids were sitting right beside me, after all. 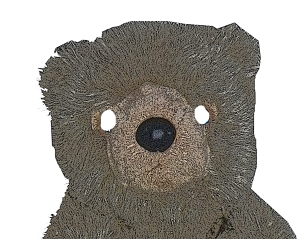 Does my dad know that Fluffy turned the oven on while Mum was driving him to the airport?

My dad said he must have accidentally jostled the switch while he was pouring his coffee. (I don’t think so. My mum is at least a class-B OCD nutjob and she would have checked that before leaving the house.)

Does my dad think that Fluffy might burn down the house?

No. My dad commented (to my mum, right in front of me!) that I’m paranoid.

I asked whether my dad knew that we had purchased a 12-beer sampler from Vancouver Island and that it was all going to be finished before his return on Wednesday along with several bottles of wine.

He said he was really trying to Skype with the kids, if I didn’t mind (!)

It turned out to be untrue anyway. Yes, we did buy The Vancouver Island Brewery Pod Pack, but—because my mum is totally boring—we opened only one bottle: SPYHOPPER HONEY BROWN. It pours a lovely clear gold and has a very pleasant aroma—honey, hops, nuts, and some very mild floral notes—quite a complex nose for a honey brown ale. The bees who supply the honey make it from wildflowers local to Vancouver Island, contributing a delicate subtlety that I haven’t found before with this type of ale.

There’s some real achievement in the balance between scent and taste here. Floral essences can be tantalizing to the nose but intrude on the flavor. SPYHOPPER manages to suggest flowers to the olfactory department but withhold them from the tongue, instead bringing forth malt, honey, and hops and extending those flavors with crisp carbonation and a satisfying finish. The mouthfeel is a little on the thin side, but this is only a winter criticism—SPYHOPPER would be an unbelievably refreshing summer beer, that special kind you can pound or sip.

Lighter body makes SPYHOPPER a more middle-of-the-road drinking experience than most honey ales. It was very satisfying, and I would certainly get it again. In fact, if we can pound all of it before my dad comes back, then we’ll need to buy some more so he doesn’t feel left out.

That is, if the house is still standing. Last night Fluffy didn’t turn on the stove. (He wouldn’t dare! We’re watching for that!) But he turned on one light—the downstairs kitchen light, and the one my mum would be least likely to leave on (because of the time the kids flooded the bathroom just above it and sent water pouring through the ceiling where that light attaches). But in the morning, that light was on.

I don’t know what to think. Fluffy was my Granny’s bear, and my Granny was nice. So if Fluffy is housing her restless soul, shouldn’t he be doing nice things? Or NO THINGS AT ALL??