This morning my mum drove my dad to the airport for his first-ever business trip with the corporate dark side.

Like many unbalanced people, she did a thorough scan of the house, and then another identical one, looking for unlocked doors, appliances left on, liquor cabinet secured, etc. Through the window I watched them drive away. Then I went back to sleep. All the bears were asleep—Glen, Red Bear, Fluffy…

Mum dropped Dad off at the airport and Miss P off at Grade One. She and Miss V shared a ginger cookie at Starbucks and did the grocery shopping. Finally they came home.

And one of the stove burners was on.

It wasn’t a burner anyone had used that morning. They’d used other ones, but not that one. And there it was, on “Lo.”

Obsessive compulsives like my mother check for these things before they leave the house. They make sure they are last to leave, just in case anyone else has an idea about turning on all the lights or taps for no good reason. When you have OCD you look out for stove burners—even ones you haven’t been using.

My dad was incommunicado on a five-hour flight to Toronto. The kids…they would never touch the stove; my mum has frightened the living daylights out of them regarding fire. As for my mum…she didn’t use the burner, but she doesn’t specifically recall checking it, although she recalls checking three times that the front door was locked.

It has a little red light! She would have seen that! My mother is a freak about stuff like this. She couldn’t have left the house without seeing that!

Now, I was sleeping off some Malibu dregs, and although I did briefly get up to say good-bye to my dad and remind him to check in with Ravenskye for me on Facebook, I conked out straightaway after. So I don’t know about that burner…

But I have an idea.

I think it was Fluffy.

If you’ve been following, you know Fluffy is the Fleecy-marinated semi-comatose bear who arrived shortly after my Granny died. He was her bear, and some strange shit’s been happening since his arrival. Cold spots. Noises. Fearful kids.

I’d like to say this all seemed benign, but it was creeping me out. And now! Finding stove burners on is a seriously sinister development. Somebody is trying to get our attention—as though being offensively redolent of fabric softener wasn’t sufficient. Fluffy, I don’t know what you want, dude, but you are seriously giving me the willies.

So here’s what I proposed to my mum: buy some chardonnay. Granny and I had a history of occasionally drinking chardonnay together, particularly some nice unoaked ones and a Semillon blend once. We had some good chats over her chardonnay, and she didn’t mind me dipping into her glass. 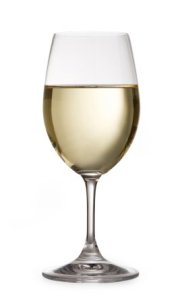 My mum has company coming this week anyway, so she did visit the booze shop. But she didn’t buy chardonnay; she bought sauvignon blanc.

I told her she is messing with things we cannot even comprehend. She is thumbing her nose at powerful spirits by buying the wrong booze.

She said she prefers sauvignon blanc and that the wine consultant recommended it.

Good enough for me, but will it keep Fluffy out of mischief?

If I don’t post for a few days, it’s because he’s set fire to the house.

6 thoughts on “Get thee behind me, Fluffy!”