Every week Plenty of Fish continues to send me my ideal matches, even though my inbox is (imagine!) empty except for the occasional mass email regarding a party/orgy/swinging event in my neighborhood.

I must say I’m overwhelmed by the egalitarianism of Plenty of Fish. When I first joined, I expected to be immediately eliminated based on my ursine qualities and the inability to meet any height that might be specified as desirable by women seeking mates. I really did think the POF administrator(s) would flush a creature like a bear out immediately, privileging human males at my expense.

Not so. My animal profile continues in its lonely fashion, attracting no one in particular but everyone in general. This week’s POF email drew my attention to the following seekers: 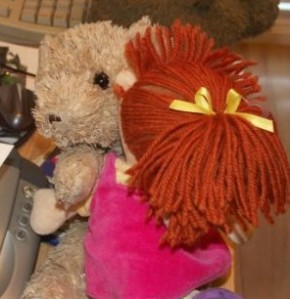 But who are these women in reality? I was curious about the sort of person who would advertise herself sexuality first (although RustedMetal may or may not fit this category). It got me thinking about identity negotiation—we all 😉 construct a public self as a means of negotiating relationships with other people. So what is being negotiated with a handle like screwmehardplease?

Probably not a whole lot. In all likelihood Plenty of Fish’s 32 million-strong membership is vastly inflated or at least padded out by multiple profiles, pet profiles, and trolls. With 30,000 new signups every day, it’s no wonder POF hasn’t had the time to weed my profile out. And in fact they may not, since large numbers constitute the site’s biggest selling feature. Profiles such as kinkynsilly make good bait for new members—does it matter whether they’re real or serious?

This is what makes dating sites so frustrating for people who genuinely want to meet someone. They have to wade through a shitload of profiles, some false, many nonserious, probably some professionals if you know what I mean, and tons that were put up on a whim and never visited again. POF is probably a cyber ghost town with a population of one hooker for every nine “normal” people. Or worse.

Or is that a misogynistic trap? Google “online dating” and you’ll find plenty of men disgruntled with POF and its ilk, criticizing not just the sites but the women who use them. Men’s magazines describe the sites as minefields, coaching readers how to spot “liars.” Presumably everyone wants to make a good impression (do you put your most unflattering pics on Facebook?), but online dating critics are quick to pounce when pictures don’t match reality.

So, to the charming potential partners viewing my profile on POF, I tried to be as truthful as possible. Date LB and here’s what you get:

And perhaps that’s why no one wants to get with this.

All kinds of things happened while I was sleeping today. First of all, my dad is changing careers. I had no idea because I never ask him about stuff like that. I should, because how we get paid is pretty relevant to how we buy booze.

My dad is shutting down his business and taking a management job for another company. OMG! This means booze. Doesn’t it? Regular paycheques, a predictable booze budget?

The next thing that happened: a message for me on Plenty of Fish! Check it out, my fellow inebriates:

I thought nobody was ever going to message me on Plenty of Fish. This woman is lovely and friendly and she wants to meet me tonight. I think I need some advice.

And—oh no!—what if she is just messing with me? I decided to answer her note:

I’d love to meet you. You look like a very nice person. Is it okay if I bring a flask with me? (I am a functional alcoholic.) Also, should I wear clothes? Although I usually go nude, I hear it’s cold outside. Perhaps the frigid air would help me detect some anatomical details that have always eluded me. But I wouldn’t want to freak anyone out, haha. 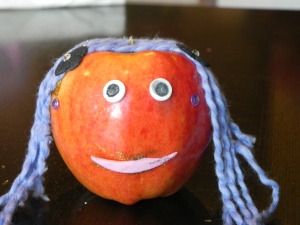 Another weird thing about today was waking up surrounded by apples with faces. The kids have been augmenting apples with facial features for a contest called Artful Apple. The winner gets a family trip to the Okanagan. There were apples everywhere after the kids were done! 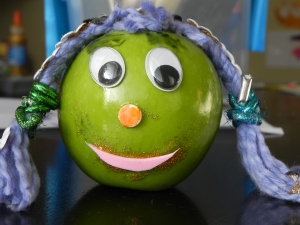 When I looked at them I immediately thought of STRONGBOW APPLE CIDER. Ordinarily I don’t gravitate to cider products unless I’ve exhausted the other alcoholic inventory. They are typically sweet and artificial with little more than a hint of actual fruit.

STRONGBOW is an exception. Tart, crisp, and definitively apply, this 5.3% cider is infinitely more refreshing than would-be competitors boasting flavors such as glacier berry, apple cinnamon, peach (keep going; the list is almost unlimited). What differentiates STRONGBOW is its lack of cloying sugar on the tongue. Clear yellow-gold in the glass and lightly sparkling, STRONGBOW serves up genuine apples—think Macintosh or Granny Smith, and not the rotten ones on the ground but the fresh, shiny ones in the orchard.

Compared to STRONGBOW, other ciders don’t even seem crafted for grown-ups. And looking at the kids’ apple efforts, I almost wonder if they wouldn’t care for a cider. A crappy dealcoholized one! And I’d toast their artful apples with a STRONGBOW.

So I just need my dad to put cider in the budget. He shouldn’t mind prioritizing that right now, right?

OMG, Martin Dawson of Broker’s Gin phoned our house yesterday, and do you think my mum bothered to wake me up? No!!! She blundered through the phone call on her own, trying in vain to sound less hick-like, no doubt audibly intimidated by the cultured British voice on the other end of the line. She did not even consider waking me. Of course we would have had to set up a Skype connection so I could gesture (my usual mode unless my thoughts are being channeled directly), which I’m sure Martin wouldn’t have minded.

I demanded to know why she hadn’t roused me for this important call, to which she responded: “Well, it’s fairly normal to be up by 6:00 p.m., so I assumed you were lurking around the empties and I didn’t want to disturb you.”

Good grief! My mother knows how long I’ve been chatting up Julia Gale, the Business Development Manager at Broker’s Gin, and that I had every intention of organizing a drunken get-together with that fine company’s owners when they flew into Vancouver to meet with the BC Liquor Board. This aim, which my mum describes as “both squalid and naïve,” has been my treasured wish for several months.

What a time for my mother to try to handle a social task. She actually thought Martin was her uncle at first and immediately adopted the daft tone she always does when she encounters an English accent. She didn’t even bother asking where I could get a small bowler hat.

More importantly, I had no chance to reassure Martin that I haven’t been getting too fresh with Julia. Although she’s disclosed some amazing things about herself, including a penchant for gyrating frenetically to the B-52s, she has not taken my suggestion that we decide upon a mutual safe word. I wanted to reassure Martin, just in case he’s worried that I might encourage Julia to run off to Canada to explore her animalistic side, that my intentions are light-hearted. I thought I would tell him about my Plenty of Fish profile, since it demonstrates my pursuit of more realistic love options.

Today I viewed the user names of women POF recommends as a good fit: 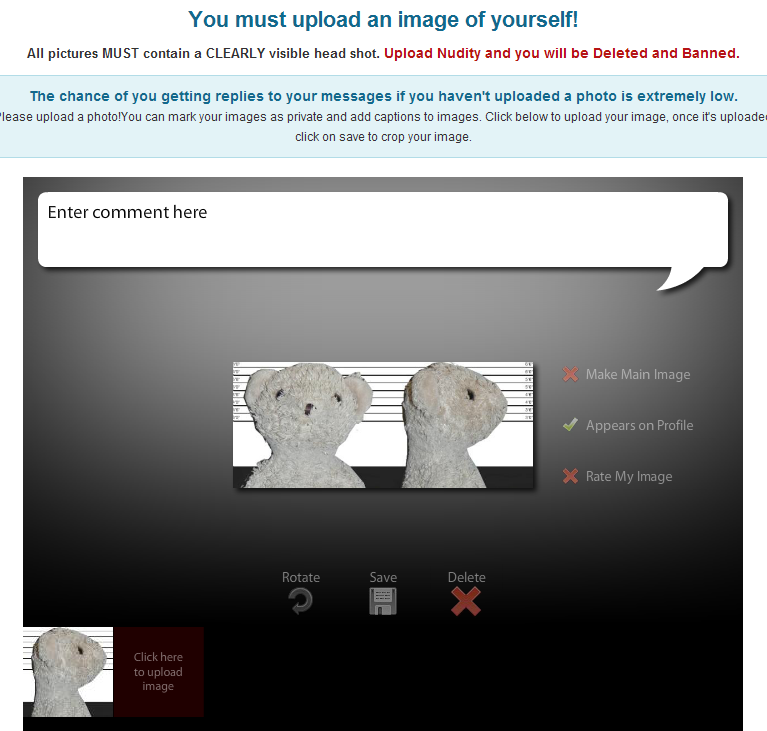 But are they real people?

Like any company that trades in big promises, Plenty of Fish has its share of haters (for example, PLENTYOFFISHSUCKS!). Negative reports include:

I’ve had fun bouncing around POF this week, but I’m beginning to feel a bit soiled. Check out these insights directed at women (if any) seeking to seduce me:

You may be tempted to be as impulsive as Liquorstore Bear can sometimes be.

Liquorstore Bear may well push your own boundaries or comfort level. So… Don’t engage in anything you may regret, whether it’s too soon, too risqué, or too… Do show tolerance and maintain a healthy sense of adventure.

Don’t assume that Liquorstore Bear, who may be a bit neurotic or narcissistic in nature, is 100% into you and only you.

Playing a little “hard to get” and pacing your interactions can actually heighten arousal and desire.

(Fabulous! Way to reinforce one of the stupidest dating myths ever!)

At least those are all true.

Still, it’s a little hurtful to see that nobody wants to get with this.

My mum says I’d have a better shot at love if I went for a washing-machine ride. I am still really mad at her, though, so it’s a no go.