I had nothing to do with this. I don’t eat solids, especially fellow mammalian pests. But if one of those pesky vermin is going to prognosticate more winter, it might as well put a target on its furry back.

Okay, so you solid-foods eaters know how to make a stew, right? Chop up all the vegetables and fry them in oil or butter. Then add your “wild game.” This is a good day to find groundhogs. If you see a local news van, they probably have one still hanging around after their annual “soft news” Groundhog Day feature. They’ll probably just give it to you. After all, they can get a new one next year, and they’re not that cute.

It may seem really wrong to cook up a groundhog, but chances are you’ve eaten all kinds of fellow mammals. Be really quick, and use a sharp knife so it doesn’t suffer. (OMG, that’s hard to really write—blame my evil typist.) Remember to get a groundhog, not a bear (my friend Scarybear looks sort of like a groundhog). And…hey…enjoy yourself.

Oh wait, I forgot the most important part!

Groundhog meat is red and sort of gamey. Choose a big, bold red with lots of tannins. This is the time to bust out a good Cab or Zin—maybe even a Shiraz with some sort of marsupial on the label.

My morning child abuse (abuse by children, if you haven’t been following) came with a reminder that today is a special day. I truly wouldn’t have remembered if Miss P hadn’t bounced around all morning about it—today is the day we defer to a soil-dwelling rodent on questions of climate. It’s Groundhog Day, my fellow inebriates, which means the creature will give us an opportunity today to either laugh off global warming or get up in arms about it.

Of course there’s a multiplicity of prognosticating vermin throughout North America. With a six-year lifespan, you can bet Punxsutawney Phil isn’t the original Punxsutawney Phil—unless Chuck Testa did an unusually good job reanimating him. Groundhogs mate like crazy between March and April, producing two to six young at a time, so there’s always a fresh supply for—given the media resources that get dedicated to the annual event—what must be the deadest day ever for actual news.

Cheesy Canadiana and/or Americana always make me feel like a beer, and with Miss P safely off to grade one, I decided to crack an ALEXANDER KEITH’S RED AMBER ALE. The cans had appeared in our fridge following a rare visit from (even rarer) friends of my parents—a “slumming it” product that I would certainly buy to take to someone’s house if I didn’t necessarily care about retaining their respect, or if I thought maybe I could trade up to something better in their fridge.

Everything about the pour suggests mass-produced domestic beer—hockey beer, if you will. The color is aggressively orange, the head loose and half-hearted. In terms of smell this amber ale doesn’t give much away; you have to just take the plunge and taste it.

And much the way my on-again-off-again-mostly-off girlfriend Dolly describes an evening with me, ALEXANDER KEITH’S RED AMBER ALE is pretty much a waste of time. It’s ordinary: tangy but sweet and thin with insufficient malt—the sort of brew that reinforces a general sense of unmet expectations and thereby propels the drinker toward more serious alcohol earlier in the day than planned. I do therefore recommend it for non-daytime imbibers as a method of jumping the mental hurdle into “Why not?” territory. 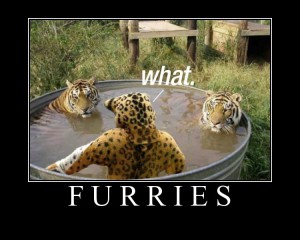 As I started a second can, I wondered if Dolly would be interested in Groundhog Day simply because of her fur fetish. Plenty of people share her proclivities, and with Valentine’s Day looming, they are probably stirring in their burrows much like Punxsutawney Phil and Wiarton Willie.

Social stigma hinders fur fetishists even more than it does daytime drinkers. According to my sources, “furries” fall into five categories, none of which dovetail too well with mainstream mores. 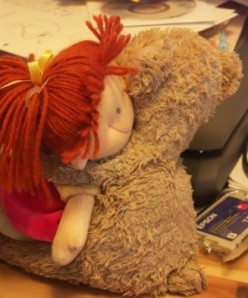 It was sweet of Dolly to cross the line into full-on bestiality with me, but I have to realize it’s over, and there are enough other bears in the house to give her whatever it is she needs without subjecting her to the odor of rancid beer. Drinking ALEXANDER KEITH’S RED AMBER ALE is my way of accepting Dolly’s rejection.

We all slum it sometimes, whether it be with Malibu or Alexander Keith’s. Dolly slummed it with me, but I think that was the bottom for her. And I don’t want to say anything mean about her. I really doubt she’d get that interested in a groundhog, even if it could predict the weather (which would be amazing given that the weather channel can’t).

So what happened anyway with North America’s groundhogs? Did they see their shadows?

According to the three most closely watched of these psychic vermin, spring is coming. So get out the hay fever meds, brush up on your climate-related conversation, and (Dad) take the Christmas tree down. Spring is sprung and love is in the air (unless you’re me).