It’s hard to even think about posting something light-hearted in the wake of yet another tragic, fucked-up disaster. It happened in the US, but it could have happened anywhere.

I felt stunned and powerless all day yesterday. I still do. The thing that haunts me most is the randomness—the whole idea that during a celebratory event, some person or persons should wish to kill and maim and frighten. 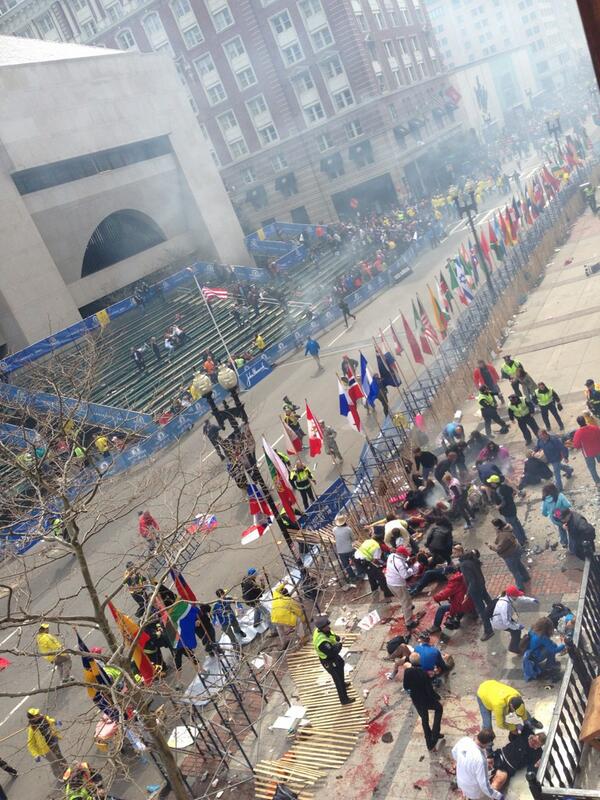 But what stood out were the images of people at the scene—some injured themselves—running not away but toward other victims to help. I saw courage and generosity and determination.

So a big fuck you to the depraved piece of shit whose senseless act only highlighted the heroism and strength of the community in rising to the tragedy. Fuck you, you worthless nonentity.

As for Boston, what can we do to help?

Lives will need to be put back together, physically and psychologically. Within the next 24-48 hours the Boston Marathon website and Facebook page will have donation links. Already in place is The One Fund Boston, formed today by Massachusetts Governor Deval Patrick and Boston Mayor Thomas Menino to raise money for families most affected by the tragedy.

Donate blood and keep on donating.

Boston hospitals have enough right now, so don’t FedEx any, but give blood locally and regularly because there’s always a need.

I don’t have any blood, so I had to give money, which was fine because I had misbegotten earnings sitting in my PayPal account following my little adventure with anchor-text advertising. It had been earmarked for gin, but donating it felt much better.

As for my parents, they don’t know it yet, but I’ve booked them in for a blood donation—especially my mum, whose universal-donor type O blood is always in demand right here in our community. My dad doesn’t even know what his blood type is, if you can believe it, so he’ll be thrilled that he’s going to learn it at the blood bank. They’ll have to back off on the booze a little before donating, but I’ll be happy to pick up their slack.

Cheers, Boston. You didn’t deserve this, and I hope the motherfucker who planted those bombs gets caught.