Score another point for the Mayan calendar: With the End of Days imminent and presumably no more Times Square big-ball drops remaining, there was no longer any earthly use for the famously well-preserved Dick Clark. Dead of a heart attack at 82, Clark leaves our little blue planet hurtling toward the apocalypse without his squeaky-clean morals to guide us. 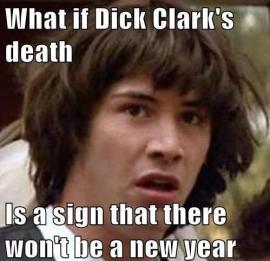 Even though Dick Clark mainstreamed the devil’s music, he drew the line at Elvis’s public thrusts, requiring the King to be filmed from the waist up during his American Bandstand gig, and thus rescuing American teenagers from thinking about bumping, grinding, or sex. Clark’s death is a sad blow for the American right wing with which he was so proudly aligned. 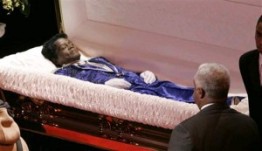 James Brown is dead.
He looks happy, though. —AP Photo

Celebrity open-casket shots are rare, and if the news is correct, Clark has already been cremated, leaving the world to wonder what he must have looked like in repose. Doubtless he looked charmingly waxen, if not happy, the way James Brown did.

Caskets really creep me out. After searching in vain for a picture of Dick Clark dead or in a coffin and finding all kinds of other freaky things instead (a child’s Hello Kitty coffin, OMG), I needed a drink. Lucky for me there was one beer left: BIG ROCK DUNKELWEIZEN DARK WHEAT ALE.

As you know, my fellow inebriates, if a beer is the last beer in the house I am absolutely going to drink it, and this was the case with DUNKELWEIZEN, even if I wasn’t crazy about it being a wheat ale. I’ve never found a hefeweizen I loved, mainly because of their light citrusiness, but I thought a dark wheat beer might be different. And it was.

DUNKELWEIZEN is a lovely dark color with a garnet tinge and a fizzy white head. Billed as a blend of five distinctive malts, its aroma is rich and toffee-like with espresso predominating. Malty sweetness hits the tongue first, then unmistakable coffee, chocolate, and vanilla notes. These flavors are none too subtle, mind you; they tend to redouble with each sip and stick to the palate, making the beer less refreshing than it could be.

That having been said, DUNKELWEIZEN is drinkable. I could pound six of them if I needed to—say, if the Canucks were getting reamed and I felt sad. The mouthfeel isn’t terribly heavy, the alcohol percentage is an acceptable 5%, and the flavors are harmonious, even if they do suggest a Big Rock–Starbucks collaboration.

Like a lot of beers that aren’t perfectly right, low temperature is essential to enjoyment of DUNKELWEISEN. Give it ten minutes in the freezer prior to opening, drink it quickly, and you’ll probably love it—the deeper flavors won’t have a fighting chance to punch through the icy cold. But if this beer is allowed to sit, those heavy flavors get a bit rowdy and start behaving like coffee instead of beer.

A beer that needs to be slammed back quickly is not a bad thing. I feel a bit guilty pounding a really sublime beer fast so I can get loaded, but DUNKELWEIZEN lends itself to chugging. So I did pound the bottle, forgetting that it was the last beer in the house, which made me melancholy and prompted me to look at coffin pictures again. 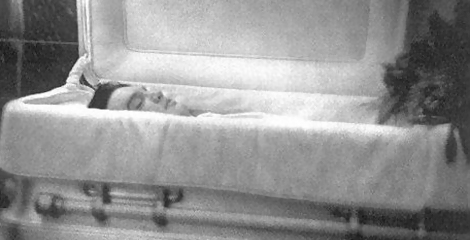 Check it out, it's Elvis. 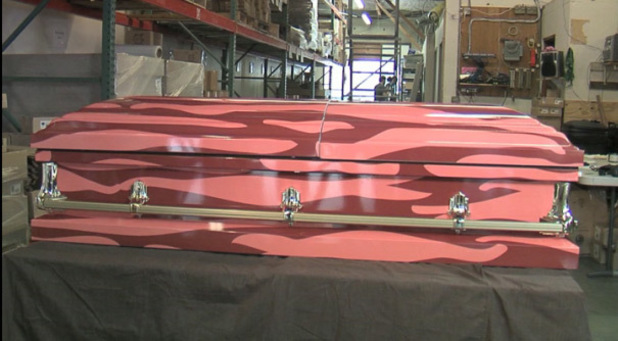 This one doesn't have anybody in it, but it is decorated with a bacon motif. 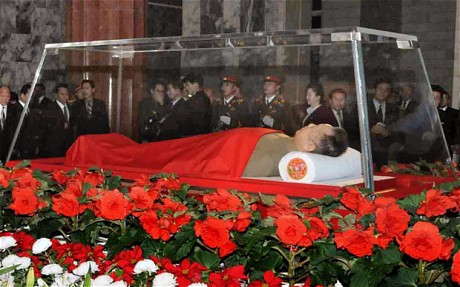 This one has Kim Jong-Il in it. 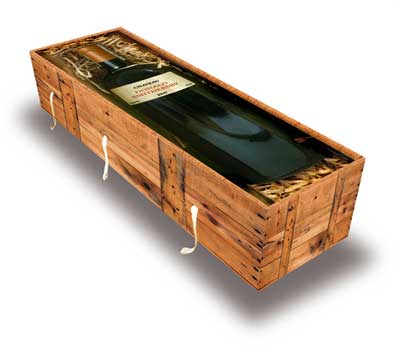 A wine-themed casket. Way to show people you loved life. 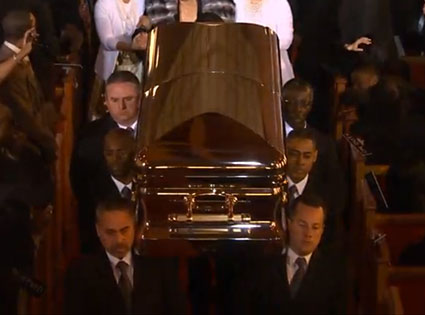 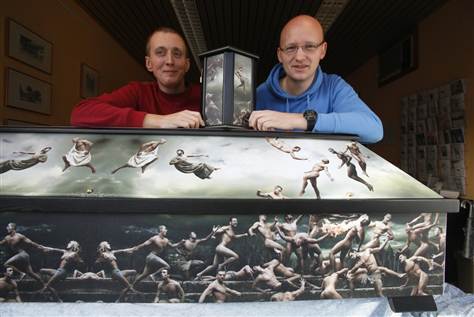 Would Dick Clark have liked this gay-themed coffin? 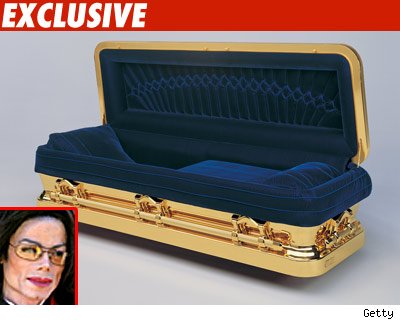 Going out in style, Michael Jackson.

2 thoughts on “BIG ROCK DUNKELWEIZEN—Drink it quickly, even if the ball won’t drop again”