I fell asleep huddled among the empties last night, which meant I was in the kitchen for the following breakfast conversations.

V: Mummy, did the Easter Bunny write my name on this Kit Kat bunny?

V: Oh. Because I thought you wrote it.

Mum: Nope. And it’s not for eating right now.

V: I know that. The puppy knows everything.

Even though V likes to refer to herself in the third person, her bullshit meter is sharp. My parents will get away with Easter Bunny activities for another year maybe, if that—and it won’t be their eldest who drops the bomb; it’ll be four-year-old Miss V.

If you’ve ever tried to get a grade one and a preschooler off to school by 8:31 (yes, union regulations dictate that school starts not at 8:30 but 8:31), you know what a scramble it is. I’m not usually awake for it, but since I’d made my nest among the beer bottles, I had a listening post.

P: Mummy, do we believe in God?

Mum: Well, you can if you want, it’s up to you. What do you want, cereal or toast?

Mum: Well, a lot of kids in your class probably go to church, right?

Mum: Because it’s totally boring. You have to sit still for, like, an hour and be really quiet.

P: I think I’ll believe whatever you believe.

Mum: That’s usually the way it works in families. But it’s up to you. Cereal?

This isn’t as negligent as it sounds. If P really wanted to go to church, my mum would find a churchgoing acquaintance to take her. And then she’d bore the shit out of the kid deconstructing the whole thing afterwards. My mum loves religion. She just doesn’t believe in it. 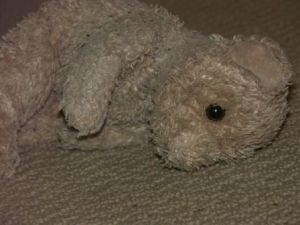 P: Mummy, why do grown-ups smell?

Mum: Like, why do they have body odor and bad breath and stuff?

Mum: Well, it all comes down to hormones. Where are your shoes? Grab your shoes.

Mum: Yeah, body odor is all about territoriality and mating. Got the black shoes?

Mum: Yeah, you know, because humans are basically animals, and animals like each other’s smells; that’s why they mate. Three minutes, guys, we gotta go.

[And P mimes a big hug. Three minutes is not enough to get into this.]

P: Oh, but Daddy has showers so he can smell good.

Mum: I know, isn’t it awesome?

Whatever contradictions manage to coexist in our brains, the kids’ questions do not stop. Get this one.

Mum: Of course he’s real. Look at him.

Mum: Oh. Then how did he wink that day when we bought him?

Mum: Sure he moves.

Mum: What are you talking about? That’s crazy.

Mum: He’s perfectly real. There’s a whole construct called “LB.” He’s as solid an idea as anything else. The notion of LB exists, and the people around him support it.

[At which point P is moved to hug yours truly. This either represents a point for a mother trying to score points off her child, or the indulgence of a child who knows her mother is batshit crazy.]

Mum: Stranger things are believed in by more people based on a lot less evidence. LB has a blog. Of course he exists.

[And then she makes it weirder.]

Mum: I even saw a bunch of little bears that look just like LB in Save-On Foods. Just like him, only really small, for $2.99. They’re probably his offspring. 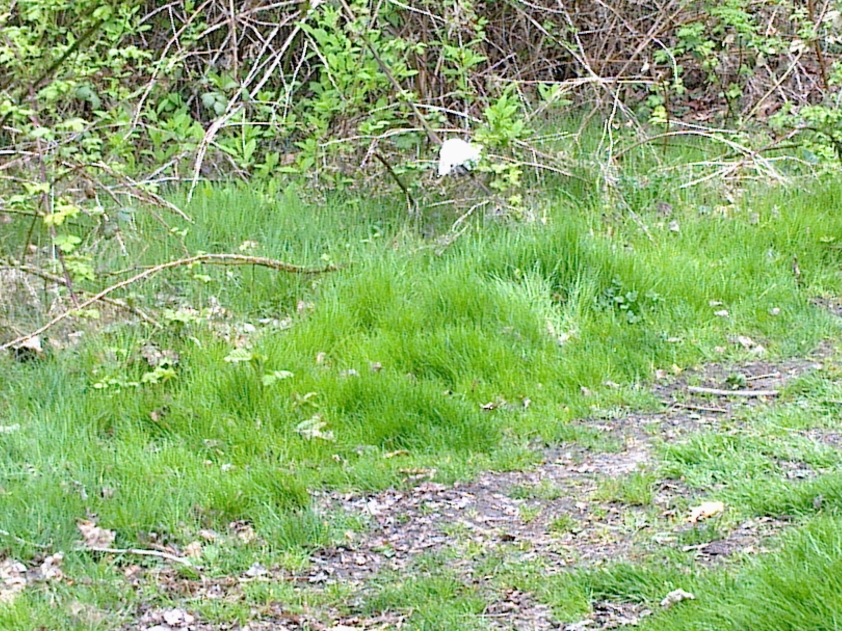 (While walking to school)
V: Mummy, I wish that person wouldn’t leave dog shit all over the ground.