Socially, Aries, you’re in for an unpredictable week. Expect everyone to behave like crazed drunks: one minute amorous, the next minute coming at you with a broken bottle. By Thursday you’ll have squeaked through this without injury, only to face a financial dilemma—an offer you can’t refuse…or can/should you? Wait until mid-April to decide. In the meantime? Jell-O shots of course:

Follow package directions EXCEPT substitute the cold water with the juice and vodka (juice first so it cools down the boiling mixture and prevents vodka evaporation).

Taurus, financial security is heavily emphasized, with partners or close relatives laying on thick pressure to get your ducks in a row. This might mean buying insurance or looking into your investments. Or it could mean cutting back on the Jagermeister. The stars know good booze is expensive, so they advise cheap brands this week. Buy a big plastic jug of vodka and some no-name version of Kahlua. Your relatives and coworkers will nod with approval as you manage to save money for the future and still get totally wasted.

Your social life is complicated this week, Gemini, so maintain a healthy skepticism as friends make romantic declarations, only to rescind them the next day. Don’t take it personally—the stars are fickle this week. Then again, the morning after a one-nighter can sometimes be an unpleasant eye-opener. Perhaps your partner got grossed out by the tequila-and-gin vomit splattered on the shower stall…you know, the stain from February? 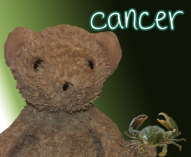 Cancer, whatever shit was flying at work, it will calm down this week. Your boss will forget that episode involving absinthe and Fresca—and may even deny the whole thing. By mid-week you’ll be the only person who remembers what happened, but your best-behavior paranoia won’t let up until at least Sunday. In the meantime you’ll find yourself saying yes to everything, so get ready for some bizarre new hobbies.

Leo, workplace ethics figure prominently this week, along with added responsibilities and dipshit assignments. This is not a good time to ask your colleagues if they know what the hell they’re doing. The less you know the better, and alcohol can help with that. Be patient and sip some sloe gin (from your flask).

You’ve been happily ignoring your family, Virgo, but you can get away with that for only so long. Relatives will decide they want to live with you and/or initiate complicated financial involvements that will interfere with your plans to drink rum in the nude. Thoroughly study any financial proposals before committing to anything. There’s a reason you’ve been keeping your family at arms’ length. They are nutbags.

Libra, you’ll be pestered by annoying little reminders from colleagues this week. Every five seconds you’ll encounter some new post-it with loopy writing reminding you to do something totally stupid and trivial. Bureaucracy will run rampant and sap your will to live. Hang on until Thursday, when people will turn into human beings again. That’s when you break out the Malibu.

Everyone around you is bored, Scorpio. It’s not your fault—you are doing your usual lunatic things and being entertaining as hell. It’s other people with mad repression who are hanging out in your space and driving you nuts with their inability to occupy themselves. Maybe if you give them some Grey Goose they will go away. It’s worth a shot.

Sagittarius, romantic overtures and social occasions will thrill you this week. You’ve been bored lately (have you been pestering any Scorpios?), so this is a great opportunity to get out of your funk. You’ll also consider new employment. This might be the result of a workplace incident involving dark rum and Dr. Pepper…or you might simply be seeking a new job. Oh yeah, and the stars say your rectum might itch this week, but it’s nothing major.

Professional events are a chore this week, Capricorn. Colleagues are unusually strained, as if they expect a pink slip any minute. This is a good time to network, just in case they’re right. It’s easier to get a job when you have a job, and right now you still have the mojo. Maintain diplomacy and meet as many contacts as you can. Stay alert! But if you figure your job is safe, you can go ahead and mix this up: 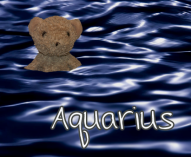 Aquarius, everyone around you is moody this week. You’re walking on eggshells among friends who’ve mated with each other and broken up—and are now torturing you with the relationship aftermath. How awkward…get out the Malibu and Blue Curacao and make some happy drinks. That or banish your friends until they get over their liaison. On Friday you may receive a large inheritance. This will make you super-popular, so get rid of those mopey friends ASAP or you won’t be able to later.

Pisces, finances will be the usual fiasco this week, with all dealings strangely messed up, outlandish promises made and broken, and nutty propositions coming from all angles. Let’s face it: the only safe investment for your cash is liquor. Now’s the time to stock up on all those liqueurs you’ve wondered about. Do you have any Goldschlager? Buy it! Butterscotch schnapps? Go get it! Kahlua? Buy it, and mix it up. Mmmmm. You’re totally broke now, but happy.

5 thoughts on “ASTROLIQUOR for April 5-11—What the stars say you should drink!”