My dad has finally accepted the reality of the Fluffy Problem.

He’s been laughing it off for quite a while, telling me I’m delusional. (Yeah, and who’s talking to a bear?) But a couple of mornings ago the stove woke him up. Beeping. All on its own, people!

No one had set the oven timer. There hadn’t been any clock-resetting electrical outage; the clock time displayed correctly—but the stupid thing was beeping at 6:00 a.m. It would have to have been set the evening before. What the hell? Seriously, no one at LBHQ is so super-curious about household appliances that they’d bother to figure out how to set a 12-hour timer…holy crap, for what reason?

Finally we figured it out. The night before, the family had watched a movie. We bears sat on the couch getting kicked and shoved and tangled up in V’s favorite comforter. Somehow Fluffy got kicked off the couch and rolled under it, where he stayed all night after the family had gone upstairs and we other bears had been tucked into bed (i.e., the laundry basket). 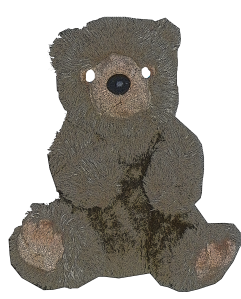 No one noticed that Fluffy had been abandoned. He was alone all night. And even when the oven timer started bleating at 6:00 a.m., no one put it together that it was powered by Fluffy’s mind. Not until later when he was discovered under the couch.

So our first order of business is to make nice with Fluffy.

The most obvious way to do this, I decided today, was to offer him a taste of the liqueur we made on the weekend. Sure, the recipe says to let it mellow three weeks or more, but we have an emergency here. We have an Irish bear in the house with angry magical powers who might (logically) be mollified by some Irish Canadian Cream.

But getting into the fridge turned out to be a bitch. That appliance has some mean suction on it, and I was stuck for quite a while. When my dad did finally discover me, he paused to take a picture. 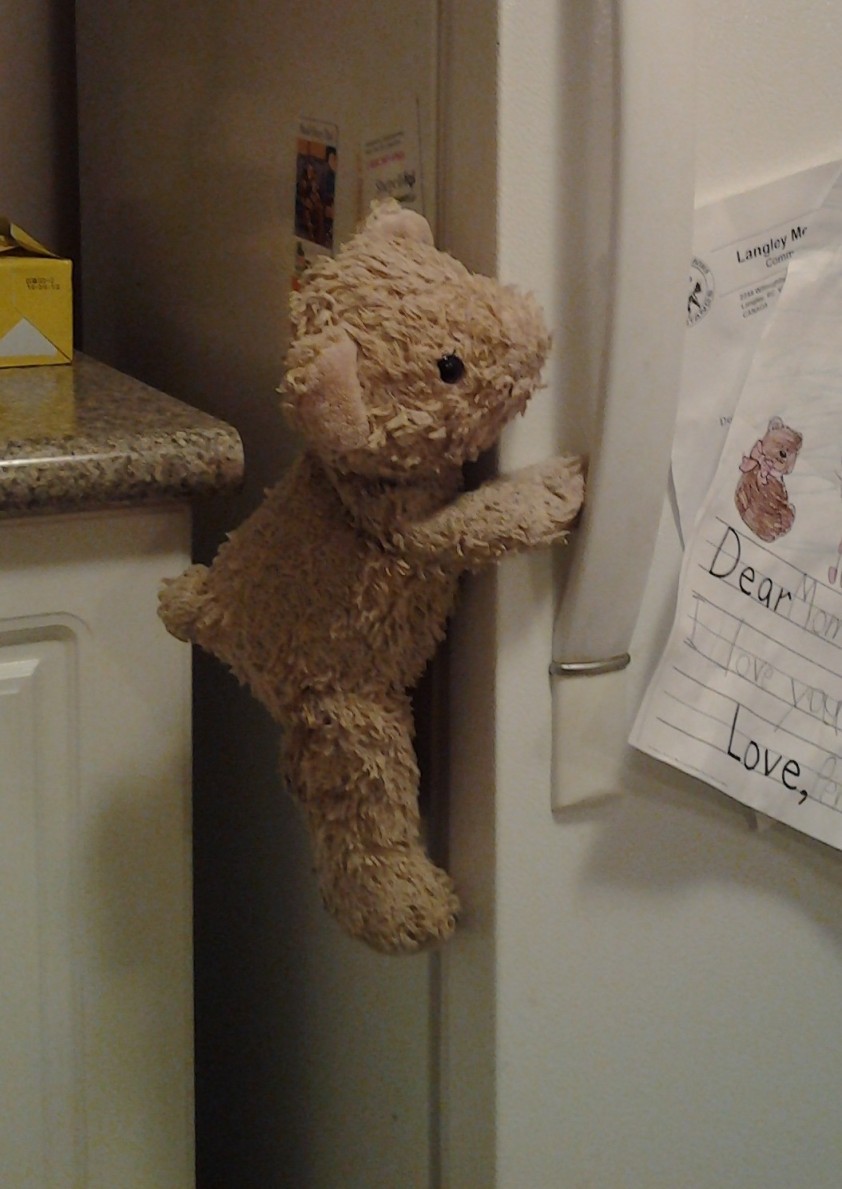 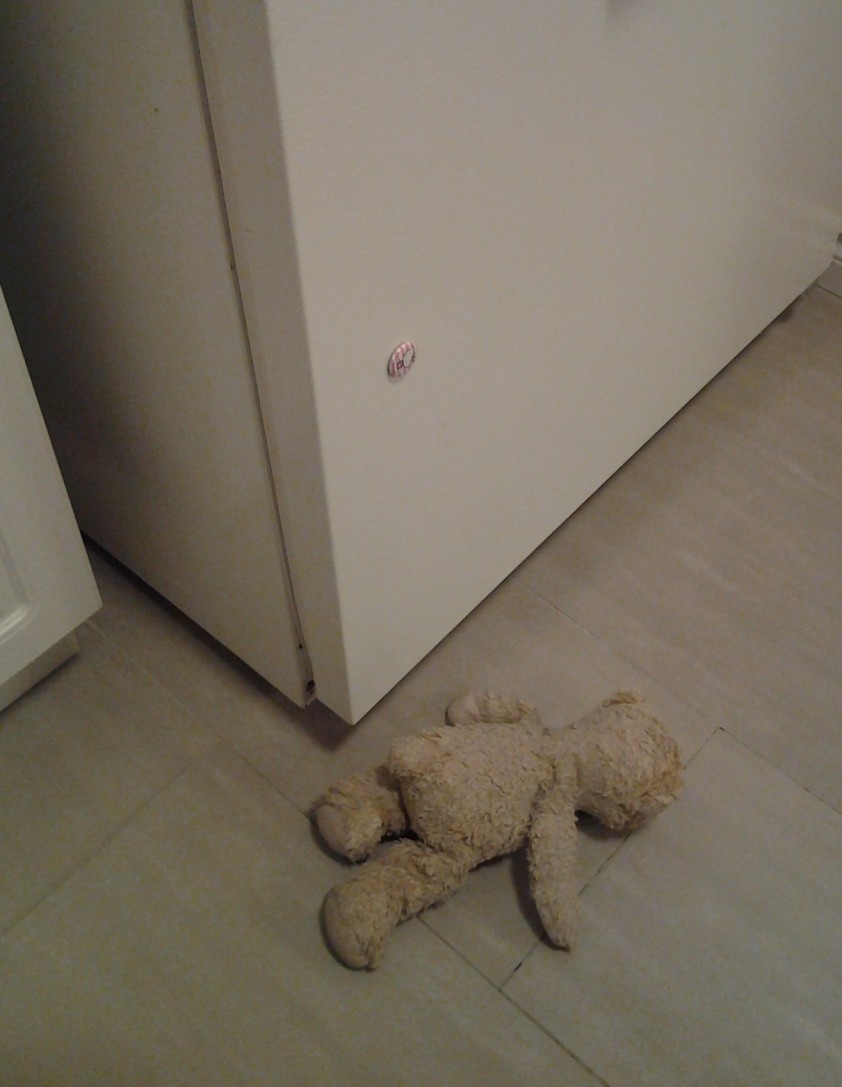 “Bearly had a chance,” said my dad.

And so the countdown to our tasting continues…ploddingly. No Irish Canadian Cream tonight, which leaves us at the mercy of whatever Fluffy does next. 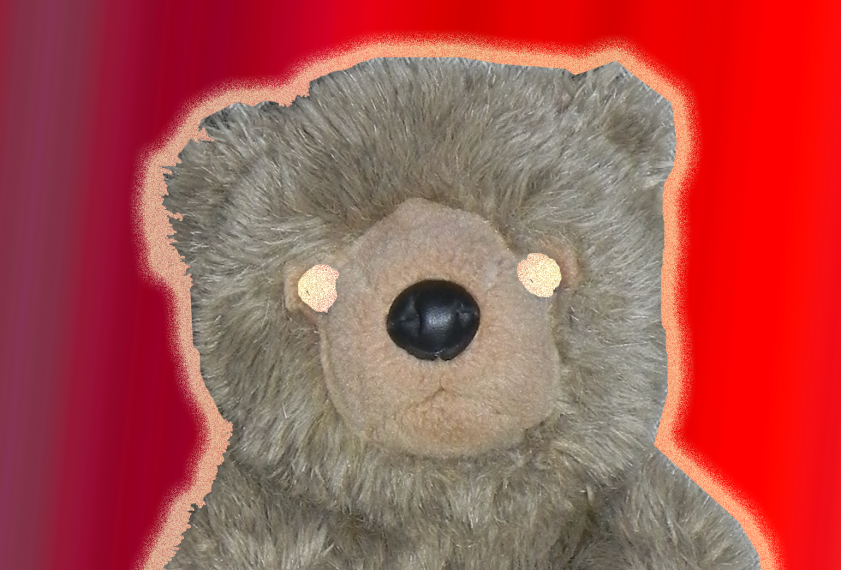 Just as well, perhaps. Is it creeping determinism to say it might be for the best that Fluffy doesn’t critique our homemade liqueur? Who knows what he might do if he realizes the base spirit isn’t Jameson Irish whisky but…Wisers?