As exhilaratingly nasty as our last whisky tasting was, LBHQ isn’t big enough for a substance as raunchy as JOHNNIE WALKER RED LABEL. Our tastebuds aren’t sure whether to bother growing back until the bottle’s finished, but kudos to my dad for bringing home such a coarse, discordant palate-abuser.

The hell, you say. There’s no reason to laud such a purchase, is there?

Well, first of all, buying JOHNNIE WALKER RED isn’t the worst choice my dad’s ever made. Just last weekend, for example, he locked his car keys in the trunk of the car. Ka-ching, $60, and roadside assistance popped the mechanism (I had a vision of FOUR mickeys of crappy whisky floating away, all for naught). 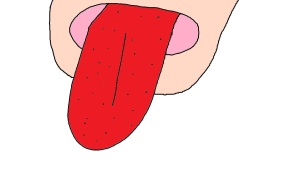 Second, products like JOHNNIE WALKER RED serve admirably as tastebud resetters. By burning all your tastebuds off, they destroy the memory of what a good whisky tastes like, zeroing out your expectations (and in fact, my second glass of JOHNNIE WALKER RED was considerably more tolerable than the first). Effectively you get re-accustomed to cheap crap, which is good for your budget.

Third—and I could be totally wrong about this, so perhaps some neo-Darwinians out there will correct me—only the toughest tastebuds survive the bad-whisky assault, and after repeated assaults these hardy little meat-pixels dominate your tongue’s surface, where they not only welcome solvent-like booze but ask for more. Not only is this good for your budget; it also tricks you into thinking you’re enjoying your cheap crap.

The only downside about JOHNNIE WALKER RED is that it’s not as cheap as it could be. About $16 buys you 375 mL, but for $11.87 you could have WISER’S SPECIAL BLEND.

But wait, you say, I only just survived JOHNNIE WALKER RED. Surely WISER’S SPECIAL BLEND, at three-quarters its price, will be paint thinner itself.

Surprisingly not. Deep amber-gold, WISER’S SPECIAL BLEND opens up gently with a light grain aroma that develops quickly—wood, vanilla, and a hint of caramel. It spreads over the tongue with a warming, smooth oaky-caramel release, lingering with polite heat and a slight medicinal hint.

For a cheap whisky, WISER’S SPECIAL BLEND has a lot going on. Whereas many of its fellow Canadian whiskies fall short on character, WISER’S offers plenty of depth and layering, and enough balance to hit a wide range of whisky-drinking tastes. With its unexpected subtlety, and for the most reasonable dough possible, it makes JOHNNIE WALKER RED LABEL its bitch.

For sure, there are more complex whiskies out there, but you won’t find them in big-ass 1.75-L bottles with a mere $56 price tag. Which is about the cost of unlocking your trunk to retrieve your car keys. 😦