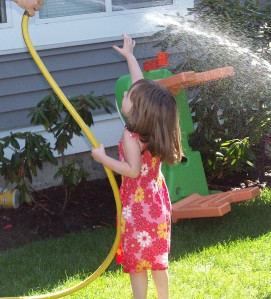 When the water hose came out today, we bears hid. I don’t know where the other animals went, but I’m currently hanging out beside an empty wine bottle of SIBARIS RESERVA ESPECIAL CARMENERE (2010). Named for the ancient Sybarites who sought pleasure to the highest heights, this wine was my parents’ contribution to our weekend tastings. Sandwiched that evening between a glorious cask-aged beer and a brown ale that hit all the right notes, SIBARIS had a tough go. One of its only advantages was that, being wine rather than beer, it would not have to endure apples-to-apples comparison.

Another assist came from a palate-bashing meal my mother inflicted on everyone just as we switched from grain to grape. This effectively reset everyone’s tastebuds, giving SIBARIS a chance to shine. How did it fare? 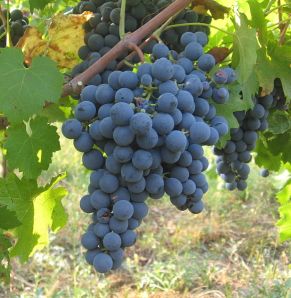 We were all in the mood for a big, mouth-filling wine. Carmenere, the signature grape of Chile, is often used as a blending grape because, while it’s full and lush, it lacks the tannic profile of Cabernet and has low acidity. But with careful vinification this varietal can rock a wine bottle all by itself, and that’s what we’ve been seeing increasingly at our neighborhood booze shop.

Perhaps my dad had an inkling that SIBARIS would only just live up to its $16 price tag. “We’re gonna let this one breathe in the glass,” he said, dumping it into Reidel stemless ware. Immediately the wine released juicy black plum and spice aromas. Despite not having decanted it, my dad let it sit awhile before tasting, but you know how alcoholics are—I dived in at once. Medium-bodied and plump on the palate, SIBARIS delivered flavor to the palate exactly as promised to the nose: intense yet accessible, easy to drink and yet not perfectly behaved. “Spunky,” said my mother, and Christine confirmed it was a “little barnyardy.”

Now, the barnyard is not always a negative, and this case SIBARIS walks a fine tightrope, albeit not entirely smoothly. SIBARIS is more than earthy; somewhere in its fruity, berry background is a persistent hint of gaminess. But just a hint. A terribly slight hint. In fact, if no one ever mentioned spunk or barnyardiness or caca, SIBARIS might have come and went without a hiccup. But once the suggestion was out, it was out, and we all detected a faint whiff of copros in the distance.

Still, for fifteen bucks this is a very decent wine. No one’s glass was left half-finished—despite the beckoning of a Shiraz Christine brought over in her canvas bag, which, an hour later, would completely trounce SIBARIS. But there are a lot of very nice $16 wines out there, so this one probably won’t be a repeat purchase at LBHQ.

Five days after drinking it, the empty bottle smells pretty darn good. Let’s just hope the empty patch is a good hiding place from the kids.