One of the best things about being a bear is that I don’t have to get a job. There’s probably nothing more stressful in the modern world than figuring out how to fit into the workforce. If you don’t find a niche, you flagellate yourself for being broke and unproductive, even if your kick-ass Bejeweled scores buoy your self-esteem somewhat. If somebody does hire you, you go into ass-kissing mode, trying to keep that precious money drip going, even as you turn into a robot.

So I really enjoy being an unemployable bear.

But it’s not perfect. My parents don’t purchase nearly enough alcohol, which suggests the need for an income uptick. 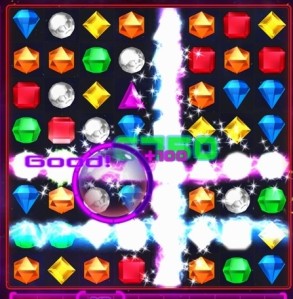 I mentioned this to my mum, who shooed me away because the gems were mega-exploding and she needed to concentrate. Telling her we have a vodka emergency is like pissing in the wind. And my dad doesn’t even believe such a crisis is real.

When I pestered my mum (her word), she suggested I stop using my site to pine for alcohol and make some effort to monetize it. Seriously!

This sounded a bit too close to “work” for my tastes, but she pointed to the string of emails about “growing your blog” (which, hypocritically, she had subscribed to despite huge reservations about the misuse of the intransitive word “grow”). She said perhaps I should check out my stats a bit and take some interest in that stuff.

"There are lies, damned lies and statistics." - Mark Twain

I said I do look at my stats—that’s how I know someone googled “shit bear gay” and found me this morning. I said I planned to address that very subject, but I needed to clear my head with some shooters first. Then I needed to look at the People of Walmart. Then it would be naptime.

But she barred me from the computer. She was busy reading Tentblogger, Copyblogger and Problogger, not to mention some Canada Customs information that might explain why my Cachaca hasn’t arrived via UPS yet.

Sigh. Do you guys pay attention to this monetizing stuff?

4 thoughts on “Monetize this!”