Once again the horoscope hasn’t come together on time, leaving you on your own to decide what to drink this week. Are you okay so far?  (I bet you are.)

Aries, you’ve recovered from an embarrassing ailment and now you’re feeling tip-top. Extra sleep has helped you, and perhaps even sobriety as well. But who can keep that shit up? Here’s your drink:

Add a whole bunch of orange, cranberry, and pineapple juice—say, 4 oz each. Shake with ice in a cocktail shaker and you’ll be back to normal in no time. 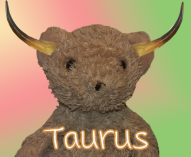 Taurus, it’s “opposite week” for you, as you determinedly do exactly the opposite of what everyone says. Pretty normal for Taurus, only you’re in turbo mode this week. Shirk all responsibilities and run away from work. Toss your obligations in the toilet and celebrate with a Tidy Bowl: three parts vodka to one part Blue Curacao. Shake and swirl it with ice until cold, then (gratuitously enough) float four to six raisins in your concoction.

Gemini, thong season is making you insecure about your body. But your embarrassment goes beyond the physical; you are feeling generally inadequate. This happens to everybody, and the best cure is always getting drunk. But in such a self-flagellating mode, you might as well choose a punishing drink. That way you can exorcise your bad self-talk in one bracing go. I’m thinking Jagermeister with butterscotch schnapps and Coke. Yeah.

Cancer, don’t turn a blind eye to your financial strain. If you keep pissing away your paycheque you’ll be cadging drinks by June. As for July and August, thank goodness those months are warm (at least around here) because you might be sleeping outside. If you think I’m talking about my dad, who is a Cancer, I’m not. My dad needs to go out and blow all our money on alcohol right now. I’m talking about you other Cancers in the world. The stars advise you to buy a cheaper brand of bourbon. And what the hell—some cheap rum too. And maybe some Jagermeister. Say hi to my dad if you run into him.

Leo, the stars will test your relationships this week. Maybe you should just jettison the ones you don’t care about right now; it beats some of the more embarrassing alternatives. What alternatives? you ask. You know, Leo. Beating the shit out of each other on the sidewalk outside a bar, for instance. Putting away a litre of vodka and prancing around in a thong in front of someone who is not into you. Stuff like that.

Slow down, Virgo, or you’ll miss out on something monumental this week. Take time to perambulate and notice small details. The world doesn’t need you to be productive this week; in fact, most people won’t notice if you put away a few drinks behind the desk. The key is to take it slow. Here’s a luxurious libation you can sip:

Libra, the stars hereby order you to leave the computer. Your eyes are rectangular from all your recent screen time, and meanwhile the real world suffers because you’re not participating in it. Okay, maybe it doesn’t suffer, but you could use some Vitamin D. You could also use a  Bacardi 151–inspired adventure. Mix equal parts vodka and coffee brandy, pour rum on top and light on fire (just for a second or you’ll lose too much booze). 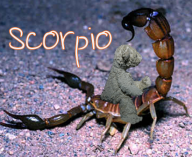 Initiative will reward you socially, Scorpio. Don’t wait for friends to email you; most of your friends are really flaky and won’t bother. Send them a crazy message detailing some wildly irrational behavior in which you’re engaged right now—and which they’re missing out on. Now you’ve set the scene in motion, you’d better start doing something fun or your friends will arrive expecting madness and find you sitting at the kitchen table or trimming your nose hairs or something. Can’t think of anything wild to do? This will help:

Sagittarius, life will mistreat you this week. At times you’ll feel persecuted. But compare the present with, say, a decade ago. Chances are you’re much wiser and more successful now. Don’t you wish you could get into a time machine, go back ten years, and kick your young self’s ass? Ride out this bad week with lashings of vodka, Midori Melon, and Bacardi 151. You’ll need some limes with that.

Expect a message from an old contact, Capricorn—a curious message with suspicious subtext. Whether it’s harmless the stars don’t know; stars are just stupid balls of gas, after all. But do think twice about reuniting because this person has probably, over the last decade, turned into a total nutbag. Even though you’ll be hammered when you receive the message (email or text—again, the stars are too stupid to furnish details) on an elaborate concoction of Scotch, creme de menthe, Kahlua, Bailey’s, and black tea, you’re still a Capricorn, damn it, and that means you’ll have the presence of mind to ignore it. Completely as an aside, and totally unrelated, on Sunday you will score sexually.

Aquarius, the renovation bug attacks this week, but the time isn’t quite right. Maybe you should just buy one piece of furniture or a tasteful work of art. Whatever you end up doing, try to follow the Feng Shui rules, and don’t operate any nail guns, glue guns, or chainsaws you happen to find lying on the next-door neighbor’s lawn (beneath a sign that says “All Free”) if you have already consumed a bottle of Bacardi. And no, Red Bull will not sober you up; it will just make your vomit more colorful.

Pisces, the moon’s influence is optimal for making life-changing plans. Whether you follow those plans is another story. The stars think you’ll distract yourself from taking any action—perhaps with video games, or maybe the quest to make the perfect Sangria. This latter pursuit is a good one for you, Pisces. You probably have a good collection of cheap but barely drinkable wine bought on a Pisces-type budget. Or you may have vodka instead, in which case your Sangria is actually yukaflux, and that’s the best way to bring summer on.