This goes double for my mother, who only rarely succeeds in making pancakes without forgetting an ingredient (flour, anyone?). I’m sticking to beer, my fellow inebriates. If only we could buy beer at Walmart. 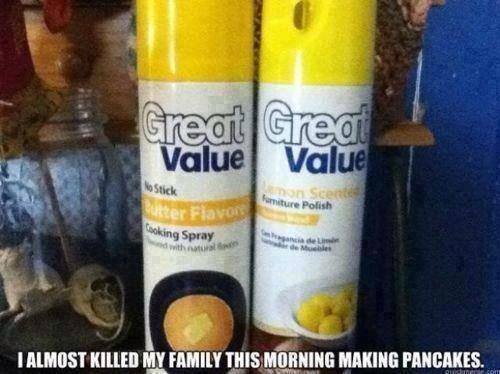 As annoyed I am that no drinking is occurring at LBHQ these days, Scarybear is even madder. Not that he gives a rat’s ass whether we have any beer in the house. His big gripe is the lack of cake at (or since) my mum’s birthday last week. Nobody even thought of cake; that’s how busy they are. And Scary lives for cake.

He also lives for TV, and yesterday my dad decided to put our plasma out to pasture. As he took it off the bracket, Scary’s funk became even more funereal than it had been for Glen Bear (whom V says “might be in the stuffie box” at kindergarten—but will she ever remember to check?). And we know who broke the TV.

“You’ve just crossed over into the Fluffy Zone.”

This is what Sylvia Browne says about the whole thing.

But Sylvia Browne predicted that Mitt Romney would win the 2012 US election. Why would I trust her to tell me why/how Fluffy broke the dishwasher, clogged the toilet, made the air too cold at LBHQ, possibly disposed of Glen Bear (unless Carnivorous Duck ate him), and zapped Scary’s beloved plasma TV with his mind?? 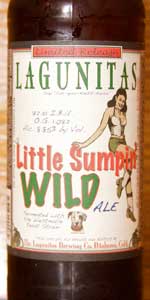 I wouldn’t even trust Sylvia Browne to review a bottle of LAGUNITAS LITTLE SUMPIN’ WILD ALE. She’d never, even on her wildest predictive run, guess that it weighs in at 72.5 IBU and 8.8% alcohol. This shit is hoppy with a capital H. If you like beers that beat you up, LITTLE SUMPIN’ WILD is for you. But Sylvia Browne would never know that, because she probably never even predicted the Twinkie’s demise.

Incidentally, we have Twinkies up here in Canada. They are on the shelves at Walmart the way they always have been, with their zillion ingredients and infinitesimal vitamin profile. They do not seem to be an obsession here, unlike the apostrophe-less Tim Hortons coffee, which is crappier than all the Twinkies, Ding Dongs, and Cupcakes the Hostess factory can spew out on its very worst day.

But why would you have a weak, acidic Timmy coffee when you can have a hop-thrashingly strong ale from Lagunitas Brewing Co.? It pours a golden hue with a coarse, clingy head. From the get-go it assaults you with citrusey, piney, earwaxy hops and a honey-nut pulse behind. Those fumes don’t lie, my fellow inebriates, LITTLE SUMPIN’ WILD packs a wallop. You get spice, pine, grapefruit, and biscuit in gratuitous lashings. Bend over as it kicks your ass; it is a surly item with a crisp yet creamy mouthfeel and plenty more punches where the first ones came from—which is to say, it will stick around in your mouth.

Despite five years under her belt, and perhaps because she has an aversion to Barney and anything he promotes, Miss V does not possess an “indoor voice.” Thus when she tried on a necklace in Walmart’s jewellery section and declared, “THIS NECKLACE IS TOO BIG, MUMMY, IT HANGS ALL THE WAY TO MY VAGINA,” the family pretty much scored a Walmart Bingo. 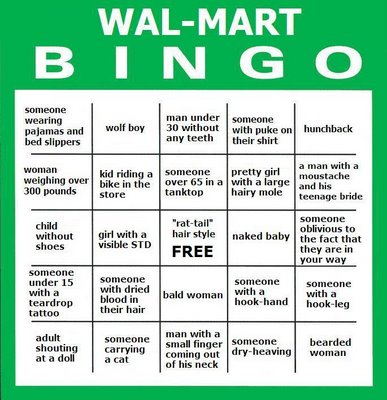 I heard about it after a lonely day at home trying to open a bottle of FABULOUS ANT PINOT NOIR (2011). Screw tops sometimes yield to the paws, especially if I can recruit other bears to help, and in this case I lucked out…the bottle had been opened the previous evening. How I didn’t notice this I don’t know. I just assumed it was sealed because my parents rarely, if ever, leave a bottle of red wine unfinished. They are wine gluttons.

FABULOUS ANT, however, had suffered only a tiny sample. This was a bad sign. Not for me, of course—I was over the moon about getting the bottle open—but for the wine in general, which may well have been deemed soup- or stew-worthy and placed for that very purpose where I found it by the stove.

Additionally, this Hungarian Pinot Noir’s presence at LBHQ represented a violation of a cardinal wine-buying rule: no animal labels! The $13.99 price tag, too, was potentially iffy.

Pinot Noir is a famously unforgiving grape, both to cultivate and to vinify. When it’s good, it’s very very good, and when it’s bad it’s horrid. Thus $13.99 for Pinot Noir is more of a gamble than $13.99 for Cab or Shiraz. Often thought of as a “food wine,” Pinot Noir is lighter than those full-bodied varietals and gives greater rein to the earthier characteristics of its terroir—at the expense of a certain lushness, perhaps (the reason my parents hadn’t finished it). Indeed, if you’re used to big, sumptuous reds, Pinot Noir’s relative thinness (not to mention its slightly lower alcohol percentage) may come as a shock. But there are things to savor.

Aficionados of the grape delight in Pinot Noir’s earthiness. Truffles, game, strawberries, cherries, and leather are just some of its sought-after tasting notes, although with its delicacy, it can sometimes fail to mask a preponderance of earthy tones. When done right, these flavors play back-up to balanced fruit and tannins while politely conveying the character of the growing region.

Very well, but do these positives apply to FABULOUS ANT? Hell no, my fellow inebriates. FABULOUS ANT is okay, and it stops short of being offensive, but in a word it’s sallow. It doesn’t do the nuanced dance that Pinot Noir fans seek, nor is it robust enough to clobber you with fruit if you’re not seeking nuance.

Basically, if you’re not a fan of Pinot Noir, you won’t be converted. If you already dislike lighter wines, its less-than-opaque tawny color won’t win you over, nor will its sharper chords, carried as they are on a halfhearted wave of dank earth. It won’t gross you out, but it won’t give you an overwhelming urge to buy more Pinot Noir.

If you are a fan of Pinot Noir, you’ll probably find FABULOUS ANT to be par for the course in its price range. You’ll probably drink it with baked salmon or pasta and it’ll be fine.

Fine I was not by the time everyone came home from Walmart. Sure, FABULOUS ANT has only 12.5% alcohol, but I’m a little bear. I was so wrecked that I continued to hear all sorts of irregular stuff:

From my parents, regarding Movember:

“IF YOU GROW A MOUSTACHE THEN ANY ACTION IS GOING TO HAVE TO HAPPEN FROM BEHIND.” For some men this would be motivating, but they haven’t met my mother. Holy crap, people, I wish I could un-hear that.

From P and V in the bath: