One of my fave pubs

If you’re in an Irish pub you’re very likely to see a countdown prominently displayed. Pub owners get excited this time of year. They’ve endured over two months of winter doldrums, and they’re gearing up for the quintessential party that will bring in bar patrons and trigger them to start spending again: St. Patrick’s Day.

Isn’t it fitting that in 2012, our final year if you’re consulting the Mayan calendar, St. Patrick’s Day should fall on a Saturday? Propitious for pub owners and patrons alike, St. Paddy’s Day is a fantastic opportunity to cut loose, embrace the coming spring, get drunk, get naked, and embarrass yourself. 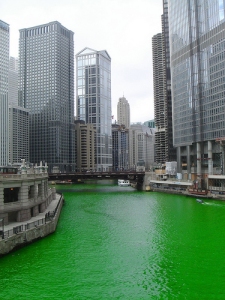 OMG, look what they do to the Chicago River every year.

St. Patrick’s Day is a curiosity in that it seems to transcend religion and ethnicity. Everyone happily clambers on board and becomes Irish for a day without involving any religion-based controversy. Happy happy! Whatever we’ve done as a culture to arrive at a day where everyone gets together in friendship to get blitzed, we’ve done it right. Think about it…Christmas has become a tug-of-war between secular and religious domains who argue over the appropriateness of manger scenes and the origins of the holiday. Easter juxtaposes uneasily with Passover, intermingling images of a springtime bunny and slaughtered lamb’s blood. Even Halloween has detractors who insist its dark themes invoke Satan. And somehow—despite being named after a Catholic saint—St. Patrick’s Day manages to please both secular and religious camps. Why is that? 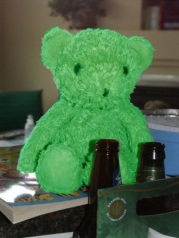 Perhaps it’s because the occasion is primarily a New World phenomenon. Whereas the date of St. Patrick’s death was commemorated in Ireland as a religious holiday on which Irish people would go to mass and then have a nice meal, Irish immigrants in North America took it to a whole new level, tying it to revelry and drunken merriment in a way that stuck and spread worldwide, eventually spreading back to the homeland and elevating a formerly minor holiday to the status it holds today.

Essentially the modern idea of St. Patrick’s Day incubated in North America independently of Ireland and in fact burgeoned into the commercial celebration it is during the height of the Troubles in Northern Ireland, gaining popularity among expatriate Protestants and Catholics alike and eventually becoming known as non-sectarian.

Surely this illustrates the power of alcohol to bring people together. If all holidays were focused on drunken revelry, so many of society’s problems would be solved. But did St. Patrick have any idea of his future legacy? Who was that dude, anyway?

St. Patrick was British. It’s true, he was a wealthy Brit whose family owned slaves. Everything changed when he was kidnapped and brought to Ireland as a slave to herd sheep. Wow! Talk about comeuppance.

He wasn’t particularly religious, although his childhood home was Christian. Finding himself among sheep, he started to hear voices and experienced a conversion.

He used the shamrock as a metaphor for the Christian Holy Trinity.

He banished Ireland’s snakes. Nah, he really didn’t. Ireland doesn’t have any snakes, and it never did. It’s too cold and bounded by water. Snakes have no reason to go there and no means either. They are most likely a metaphor for Druids, who steadily disappeared after St. Patrick embarked on his mission to convert Ireland to Christianity.

He lived a long time ago. St. Patrick died in 461, since which time traditions such as wearing green and drinking 13 million pints of Guinness every March 17 have sprung up. Curiously, prior to North America’s remaking of St. Patrick’s Day, wearing green had always been considered unlucky inIreland. Traditionally the faerie folk dressed in green and would kidnap children who wore their favorite color. 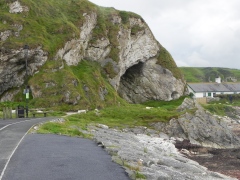 St. Patrick’s lasting gift to Ireland has been tourism. Millions of travelers would never have thought to visit that rugged and beautiful country if not for his story.

Something like a quarter of North America claims Irish descent, a figure that probably defies math. Irishness seems to appeal to people, and even those with an eighth of it in their blood will say on March 17 “Kiss me, I’m Irish.”

As you may recall, Fluffy, the possessed bear living with us now, is Irish. This dampens my enthusiasm for St. Patrick’s Day considerably. I wonder whether he will gather up his strength for that day and then unleash demonic wrath on us. He’s been building up to it gradually. Last night he turned the bathroom fan on (with his mind, people!) and made the computer go blue-screen while I was on Facebook (again, with his mind!). Is there nothing he won’t do?!