If you’ve never visited LBHQ (which of course you’re welcome to) then you’ve never seen Langley in all its glory. Wanna see old washing machines out on the curb? Trucks up on blocks? Toilets full of shrubbery? Well hell, come on down to LBHQ.

My family does its bit to keep pace with the neighbourhood. We’ve neglected the flower bed for four years. The lawn is littered with all manner of Nerf weaponry and ammo. And as you look up at our house (we’re on a hill), you do so through a mesh of undulating dandelions.

That’s why I was so delighted to read about Claire Mountjoy, a British mum who decided to hang her washing in the front yard.

She had some good reasons—three boys = endless laundry; the sun had come out (which it does as infrequently in Britain as it does here); she wanted to save energy and be environmentally friendly; and she doesn’t have a backyard.

All good, right? (As long as there are no bears hanging from the line by their ears.) 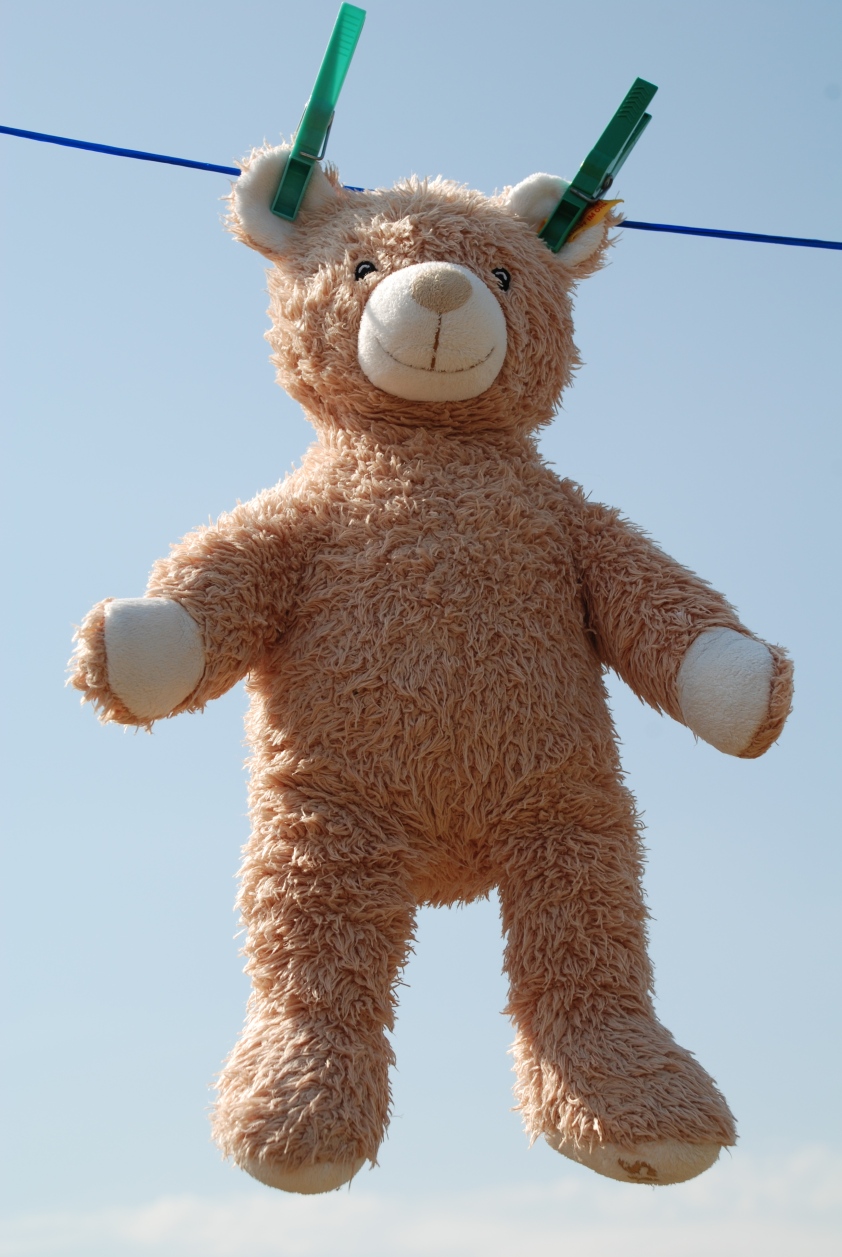 Not so much. Seems a neighbourhood business owner was affronted by Mountjoy’s laundry and wrote this anonymous letter:

Of course Mountjoy was upset. An anonymous letter is the most dickish means of communication, and it turns out local businesses were not onside with it. They showed their solidarity with Mountjoy by airing their laundry too, until the whole neighbourhood was festooned with socks, pajamas and undies.

While the sender of the letter remains unknown, the rest of the town seems pretty jubilant about its laundry. In fact, there’s talk of an annual laundry event.

So here’s to the town of Colyton for letting it all hang out. A dedication: DIRTY LAUNDRY “SAY YES” PINOT GRIS ($17.49).

Now, all I have to do is get my mum to buy some so we can share tasting notes, my fellow inebriates. She’ll say she’s busy doing laundry or something, but I think I can persuade her.

I was prepared to be outraged when my mother casually mentioned that Canada doesn’t currently have a deputy prime minister. The subject came up because Miss P had come home from Grade 2 enthusing about Alberta (Oil! Dinosaur bones!) and asking when we could go there. Prime Minister Stephen Harper is from there and has made a career of exploiting that province’s oil reserves, ripping up boreal forest with abandon and draining rivers to supply an unsustainably water-intensive dirty-oil industry that’s quickly rendering much of Alberta more like a Martian landscape than the pristine Canadian wilderness where fur traders and settlers once tromped. O Canada. 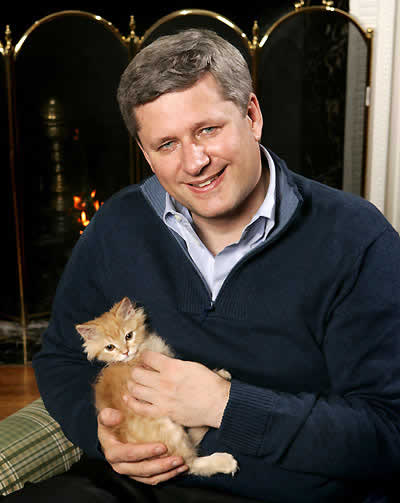 Just the mention of Alberta was enough to get us hatin’ on the Harper Government.* Only the beady-eyed Harper, who has kiboshed no less than 3,000 environmental impact assessments, loosened regulations to allow corporate food producers to conduct their own safety inspections, fired a whistleblower for reporting weaknesses in the Chalk River nuclear facility, refused to sign a UN declaration citing water as a human right, cut science funding, issued generous tax cuts to frackers, repeatedly attempted to institute comprehensive Internet surveillance, and removed historical pictures of past prime ministers from the House of Commons and instead festooned it with at least 25 pictures of himself, could be such a colossal dickhead as to fly without a deputy, right?

So when Mum said we had no deputy prime minister, I thought WTF? and looked it up, only to discover my outrage wasn’t legitimate. Turns out the position is fairly modern (1977), fairly nebulous and often ceremonial. Unlike the American Vice President, the Canadian Deputy Prime Minister does not expect to ascend to leadership in the event of the PM’s untimely death. In fact, only one deputy prime minister, Jean Chretien, has ever gone on to become prime minister.

Harper is all about letting the fox mind the henhouse.

Still, the Deputy Prime Minister’s does have the job of answering policy questions during Question Period. But Stephen Harper isn’t big on his government answering questions. Still… You’d think he’d at least install some toothless moppet to sit in Parliament and nod its head.

And once again I found myself writing a political letter…. 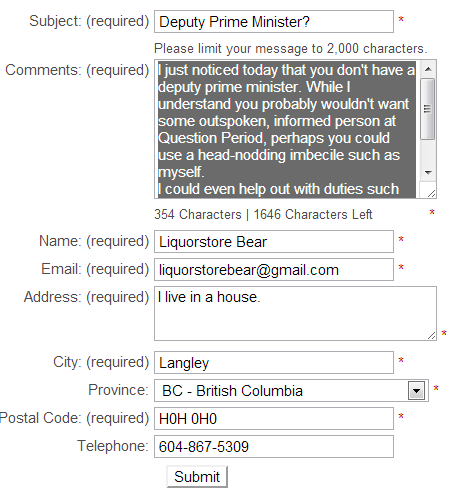 I just noticed today that you don’t have a deputy prime minister. While I understand you probably wouldn’t want some outspoken, informed person at Question Period, perhaps you could use a head-nodding imbecile such as myself.

I could even help out with duties such as watering your plants or stroking your cat (that’s not a metaphor). Let me know, dude.

I don’t know, my fellow inebriates… Will another of my political rants go into the cyber void?

*Only a total dickhead with dictatorial aims would actually rechristen “the Canadian Government” officially with his own surname.

When a rep from Stanley Park Brewery emailed me promo materials for its seasonal dark ale, I thought I was being punked. Because, if you ever wanted to transport a small bear from semi-hibernative winter depression to crazed Joyeux Noel by appealing to his “writer’s ego” and then dash his spirit by announcing it was a hoax, that’s how you’d do it.

So I was both awed and frightened by the email. But mostly manic—I was so excited that I replied to myself instead of to the rep. If I hadn’t cc’d my mum, who did manage to respond to Stanley Park Brewery, my blathered thanks would have gone nowhere except my own inbox. 😉

Several days of fretting ensued. Perhaps, I thought with increasing paranoia, my mother is in on the hoax.

But it was the real deal, my fellow inebriates. Yesterday afternoon I acquired a sixpack of STANLEY PARK BRUN, a Belgian-style winter ale crafted by Canada’s first “sustainably-focused brewery.”

What does this mean?

It starts with a big-ass wind turbine that powers the brewery. While this is the primary way Stanley Park Brewing reduces its carbon footprint, the devil is in the details, and they’ve got those covered too:

If you think I’m singing the praises of Stanley Park Brewery because they invited me to review their beer, you’d be only partially right. You see, they sent a bunch of interesting marketing materials, which I gratefully read, and which made me all the more excited to sample the product. The super-efficient measures they’ve taken to produce STANLEY PARK BRUN, it turns out, also contribute to higher product purity by eliminating “off” flavors that hitchhike along with crushed husks, unwanted proteins (I’m thinking they mean bugs), and residual hop material.

Okay, so the marketing materials are pitched just right for this gullible little bear who fell in love with the courier driver simply because he had beer-related propaganda for me. I almost kissed him on the mouth, friends, and most human beings don’t like that.

How does STANLEY PARK BRUN taste?

That accessible, approachable 5.1% is really my only quibble with STANLEY PARK BRUN. If a Belgian-style ale is going to occupy my fridge, I want to get hammered on it. But ultimately I was content with a warm buzz.

Moreover, the feared rotting fruit was not a factor. If anything, STANLEY PARK BRUN hints at fruit—and not sour cherries or pears that have been lying on the ground for a month, but nicely contained raisins and other dried-fruit flavors taking a subdued position behind nuts, cocoa, and warm bakery notes. At 18 IBU this beer is friendly—no hop-bullying here, just warm, well-balanced malt with a lovely dark-amber hue.

The effervescence was a surprise. Usually brown ales offer a little less fizz, but STANLEY PARK BRUN is sparky, a not unwelcome quality. It plays a bit of a trick in terms of mouthfeel, though, making the ale seem a little thinner than it actually is. After sitting in a glass for a while, the beer’s true texture reveals itself as a smooth, lingering palate-coater with interesting Belgian-style harmonics in the finish.

Does beer taste better when the bear drinking it gets treated like a real reviewer?

Maybe…just maybe. More to the point: I don’t usually call the shots when it comes to LBHQ beer purchasing. (Surprising, right?) They don’t allow bears in the liquor store, which means I rely on the kindness of my parents to buy beer, and sometimes they just trail around the liquor store and then walk out undecided (with nothing!). Stanley Park Brewery’s kind suggestion that they try its brown ale meant that, just for one day, I didn’t have to beg my parents to choose a beer. Just for one day, I could be an independent bear choosing a Belgian-style brown ale for us, and become the magnanimous pourer for my parents (who are allowed only one each). My immeasurable thanks goes to Stanley Park Brewery for salvaging my fragile ego and validating the whole LBHQ enterprise.