Upon learning Joe Weider had died, I had a sudden impulse to work out. After all, you don’t get to be 93 sitting on a barstool begging your parents for cheap rye. 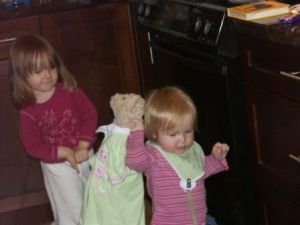 So the plan is to carry on drinking myself to death. Last night’s poison, SHOT IN THE DARK CABERNET SHIRAZ (2010), an award-emblazoned $13.99 offering at my local booze shop, appealed to my mother despite its contradiction between wine-show performance and price point. Finally optimism won out and it came home with us like an orphaned wombat.

We’ve been so-so about Australian wine lately. Yes, it’s awfully good for our general drunkenness and anti-longevity efforts. But Aussie winemakers are famous for harvesting overripe grapes or even adding sugar to wine to pump up its alcohol content, generating a boozy smokescreen for what are often “bulk” characteristics. Maybe we need to hit a higher price point (okay, we do). Or maybe we just haven’t been sufficiently diligent at avoiding:

SHOT IN THE DARK, while a stupid name suggesting half-assed viticultural efforts, nevertheless skirted all these other red flags, plus it came festooned with a row of awards, which ultimately propelled it into our shopping basket. Three-quarters Cabernet and one-quarter Shiraz, it benefits from decanting somewhat, although it ceases to develop new flavors after 15 minutes or so, at which point you probably want to pound it. Predominant aromas are sweet berries and a cloying grapey simplicity that is, in fairness, free of any chook or other barnyard shenanigans. Reasonably pleasant on the nose, it’s slightly more assertive on the palate, introducing herbs, oak, and eucalyptus. The mouthfeel is less dense than I’d have expected with this blend, coming off middling rather than dense. The finish is a bit forgettable.

SHOT IN THE DARK has garnered a lot of buzz, and perhaps these raves take into consideration its low price. I doubt I’m the only one staring at the emperor’s hairy ass—at least, my dad agreed this wine wasn’t all that—but the hype seems a bit over the top. It’s certainly not a bad wine, but as a centerpoint for conversation, without the distraction of food or conversation that sparkles more than my parents’, it ends up lacking. Most damning (at least in LBHQ terms) we didn’t finish this bottle all in one go. Instead we replaced the screwtop and went to bed. And that’s how I woke up sober and managed to work out for five minutes after hearing that Joe Weider was dead.

2 thoughts on “SHOT IN THE DARK CABERNET SHIRAZ (2010)—Pound it all at once or you might get bored, put the screwtop on, and find yourself sober enough to work out the next morning. And who wants that?”