I threw down the hairy paw (read: gauntlet) this morning in a challenge toward the only human in the mostly estrogenic LBHQ capable of taking it on.

“Dude, you have less than two weeks to get your stache on.”

I was addressing my dad of course. Despite the ongoing flirtation peri-menopause is having with my mother, a decent moustache is well out of reach for her…this year. So it’s up to my dad and me to be Bloggers for Movember.

Poor Dad. Only rarely has he ever tried to grow a stache—each time a failure! Some guys look great with facial hair, and my dad can pull off five o’clock shadow, but an honest-to-goodness moustache? Ha! My dad looks like a tool with a moustache, which I suspect is why he said it’s “not gonna happen” this November.

He even cited his work regulations—apparently the very large company he works for regulates facial hair. OMG! 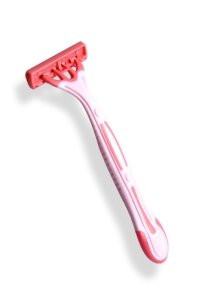 If you’re wondering why I’m so confident about winning this would-be throwdown against my dad, consider that I already have a moustache. I just have to shave 95% of myself and leave a bit of fur under my nose. Voilà!

This was pretty much my path today. The razors were in the bathroom. It’s much easier to get that little plastic tab off a Daisy razor head than it is to open a bottle of wine, let me tell you. There I was, poised to sculpt my latent moustache, when three little girls came screaming into the bathroom wearing Disney princess dresses. The youngest immediately dropped drawers to deposit solids in the toilet. The others went into a flurry of clothing exchange, obscuring Miss V’s plops with their 4-KHz exuberance. My ears exploded and the razor skittered off into the sink, from which my mother sternly retrieved it. There would be no bear shaving on her watch, she said, particularly in front of her two daughters and their playdate witness.

“No they don’t,” she said. “They’d rather put makeup on you, which would be almost as difficult to undo, so make yourself scarce.”

“But I need a moustache. I’ve already committed to Bloggers for Movember. I’ve liked the Facebook page already. And I have only recently garnered the attention of Le Clown, whose charitable fundraising effort this is. If you thwart my moustache you’re basically endorsing prostate cancer. You’re telling prostate cancer to go forth and multiply.”

“Speaking of strong, do you recall the alcohol percentage of LOST SOULS CHOCOLATE PUMPKIN PORTER?” (This is what is called a gratuitous segue.) “I think it was 6.5%. Do you remember?”

“Because at a respectable ABV it would address my DTs in short order, and one could settle for drinking it slowly; moreover, with its moderate level of fine carbonation it wouldn’t interfere too much with one’s moustache. Assuming one was allowed to groom oneself a moustache.”

I don’t recall my mother ever calling any of her other children a douchebag.

Fact is, and I’m not even going to save this for the final punch, LOST SOULS CHOCOLATE PUMPKIN PORTER is the best beer I’ve had all year. With its comic-book-style Grim Reaper label and scary moniker, it’s freaky not just for its Halloween theme but because—holy crap, people—it won’t be here for very long. In fact, when we returned a second time to the liquor store for more, it was all sold out.

Let’s break it down, my fellow inebriates:

LOST SOULS is an inky cola color with a tan head. Across the room you might take it for a Guinness, but then you’d be surprised by its snappy carbonation. Aromas of sweet malt, espresso-touched chocolate, subtle spices and just-perceptible pumpkin waft from the glass. On the palate LOST SOULS delivers a rich baker’s-chocolate wave of toasty malt and mild pumpkin, reaching into you like a succubus and stealing your very soul. Yes, guard your soul, people, if you’re lucky enough to sample this Parallel 49 product before it evaporates into post-Halloween nonexistence. With its bewitching flavor palate and satisfying viscosity, LOST SOULS will own you. (Maybe eternally.) I would sell my soul for another, people. And don’t tell Le Clown, but I would probably sell my nascent moustache for it too. Except I won’t; damn it, I’m growing that fucker. 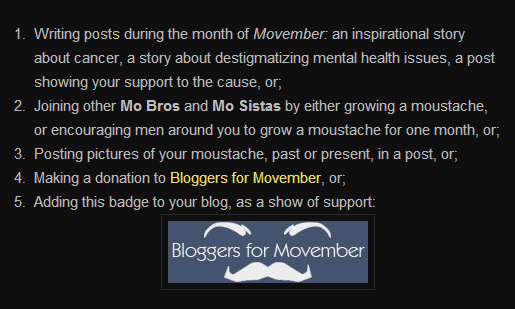 4 thoughts on “LOST SOULS CHOCOLATE PUMPKIN PORTER—What would you sell for it?”