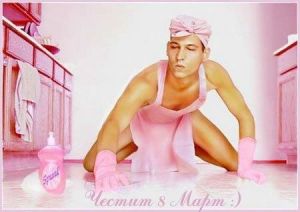 If my friend hadn’t posted this picture, I wouldn’t have known it was International Women’s Day. Awash in the same cognitive disconnect as most work-at-home parents, cutting cheese sandwiches into shapes before hitting the playground, my mum wasn’t aware of it either.

My mum’s not evil, but she’s not one of those people who always knew she should be mothering—children, animals, or even plants. In fact, her gut instinct told her not to (something she shares publicly, netting dirty looks from the “always-knew-it-was-my-calling” mothers). She’s toughing it out and faking her way through it. Her best chance, really, is to wait out the six months until both of them are in school full-time, with trained professionals doing the important bits. Because heart-shaped cheese sandwiches are just about her limit.

The plant my mum tortures

When I asked her if she knew March 8 was International Women’s Day, she said that not only did she not know of the occasion; she didn’t have a clue it was March 8—she barely knew it was March. I said, “Ha, ha, I guess I won’t get you a lobotomy as a present then.” Which she ignored.

Then there’s my dad, working late. Let me tell you, if I were my dad, I’d make myself scarce for International Women’s Day. It’s not like Valentine’s Day, which embittered women like my mother can scoff at. No, no, no…It’s actually pretty unlucky my mum has even learned of this date. Unlucky for my dad.

You see, if International Women’s Day were a gift-giving occasion, he’d be really screwed. He could buy her flowers and get crucified for (a) frivolous spending, (b) trivializing women’s issues, and (c) provoking my mum’s allergies. Any other purchase (except chocolate, which my mum’s ass particularly requests) would get dissected mercilessly. Thankfully he doesn’t have to enter the minefield until Mother’s Day.

Pssst! Dad! We can hide here.

I’m thankful too. I would have felt obligated to help my dad figure out what she wants. Getting into her mind isn’t my favorite thing; it’s like bushwhacking your way through a forest that not only lacks enchantment but hosts weird, ugly plants that exhibit non-Fibonicci leaf numbers. The few seconds I spent dwelling there this afternoon almost cost me some fur.

I emerged with some advice for my dad—the keys to any mother’s heart: 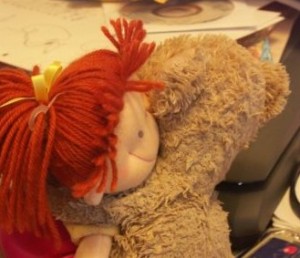 OMG! The fur in my head was pretty sore after this exercise. Perhaps there are some clues in this list about my long-gone girlfriend Dolly. She’s not a mother, but she is a woman (kind of). Maybe there were things I needed to understand better. Her bear fetish, for instance—I thought it was enough to sustain her interest. Her fixation on Journey songs—I thought they could supply whatever sensitivity I lacked. Her willingness to settle—until Fluffy came along.

And that’s why I’m getting wrecked tonight, my fellow inebriates. My head is muddled and sad. Beer reviews to come!

2 thoughts on “Coaching my dad through International Women’s Day”