My mum is proofreading the most boring book ever written. I’ve been trying to leave her alone so she can get it done quickly, bill for it, and funnel some of the cash toward our liquor inventory. But it is enormous, verbose, full of legal jargon—and did I mention boring? 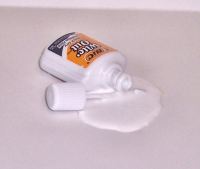 What’s even more tedious is that she’s doing manual editorial mark-up. Green pen, post-its, and—for her own screw-ups or changes of mind—correction fluid.

This latter item naturally attracted me given the dearth of alcohol in the house. It certainly smells intriguing, this opaque white substance, and so I thought I would review it. 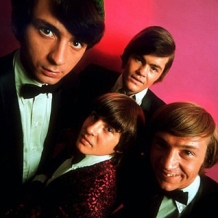 What I didn’t realize was the connection between correction fluid and The Monkees, a show my mother used to watch dozens of years ago, even before she was allowed to use correction fluid on her homework (which the nuns considered cheating). And although she watched The Monkees more for Davy Jones or even Peter Tork than for the others, it turns out that Michael Nesmith, the one in the dorky-looking toque, probably had the brainiest genetics.

You see, Bette Nesmith Graham, Michael Nesmith’s mother, invented Liquid Paper. An executive secretary at a Texas bank, she got annoyed at having to retype documents when she made a mistake, so she brought some white tempera paint to work and secretly used it for five years, tweaking the formula with the help of her son Mike’s science teacher until it was ready to market in 1956 as “Mistake Out” and later “Liquid Paper.” She sold it to Gillette in 1979 for $47 million!

That’s a lot of beer money. I asked my mum why she hadn’t invented anything as clever as Liquid Paper, particularly since she’d spent several years fawning over The Monkees (although not Michael Nesmith) and surely some inspiration should have rubbed off.

My mum said if I got any closer to the correction fluid I would be guaranteed a ride in the washing machine. She mentioned, also, that she was using Wite-Out because Liquid Paper sucks.

This intrigued me even more. Could we not do a horizontal—if not tasting, then…sniffing—of the two brands, and perhaps any generic brands and dollar-store knock-offs?

My mother doesn’t like to use the word “retarded,” but she made an exception for me at that moment, emphasizing that anyone wanting to enjoy a psychedelic journey should choose a substance that won’t cause tachycardia. She added that Liquid Paper is runnier and less opaque than Wite-Out, and that she wouldn’t waste money trying other brands.

That got me wondering. Why is Liquid Paper runnier than Wite-Out (if what my mum says is true)? Could it be that it contains more organic solvents? Also known as thinners, these volatile organic compounds are added to correction fluid to prevent it from thickening. Over time the solvents will evaporate out of a bottle of correction fluid, causing it to get crusty and less aromatic.

In Mama Nesmith’s day toluene was the solvent used but was banned due to toxicity. Next came 1,1,1-trichloroethane, until it was banned for contributing to ozone depletion. The modern solvent in correction fluid is n-propyl bromide, which will probably end up getting banned, too, if it turns out to be neurotoxic.

It’s the neurotoxicity that attracts adolescents to huff correction fluid. Organic solvents can be psychoactive, but unfortunately they also cause the heart to beat irregularly, which can lead to death. My mum pointed out the label saying DO NOT SWALLOW OR INHALE. She said that, since I had some followers who were crazy enough to read my reviews, I should NOT review products unintended for consumption. And she added: “Get a grip, you idiot bear.”

Get a grip? I’m not the one who wanted to kiss Davy Jones.