I don’t enjoy getting hosed by retailers at any time of year, but the festive season seems the most predatory. When I heard on the radio this morning that one-sixth of all gift cards go unredeemed, I was jolted into sobriety. One-sixth! That’s a lot of languishing gift cards—between 8 and 10% of all gift cards purchased.

Across North America, that’s over $8 billion dollars that’s been paid to retailers and never exchanged for goods. Talk about money for nothing!

Gift cards were on my mind because my mum was reading my list for Santa, and she said: “Why don’t you just ask Santa for a gift card so he doesn’t have to waste his time hunting for bizarre alcoholic products?”

Well, I would never want to put Santa out or embarrass him by asking him to wheel a cart full of Malibu around his local booze shop, so I thought my mum had a pretty good idea there. But then this radio report made me paranoid! What if… What if Santa brought me my card, but it got lost in the wrapping paper on Xmas morning and thrown away? OMG. What if somebody else picked it up by mistake and took it away with them? OMG! What if my parents, in their parental way, put away my gift card for safekeeping and forgot about it? OMG!!

According to statistics, there are about $300 worth of forgotten gift cards lying around in the average North American’s sock drawers. What do retailers think about this? 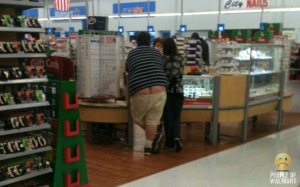 Capable of forgetting to use a gift card? I'd say so.

Well, when gift cards first became popular, retailers did worry about cards going unredeemed—but strictly from an accounting perspective. So they programmed them with expiry dates. If you forgot to clean your sock drawer for too long, then tried to buy a toaster at Sears with an old card, you were out of luck. Finally regulations were introduced prohibiting retailers from selling these suicide gift cards. And retailers weren’t too sad because they realized they were raking it in regardless of whether they programmed the cards to expire or not.

But how do retailers feel about their customers spending money but getting nothing in return?

Yo, they totally love it!! This has become an industry unto itself. Take Best Buy, a place that specializes in hosing customers by placing loud price tags on things so they look like they’re on sale when in fact they’re not. In 2006 they profited $43 million dollars from unredeemed gift cards.

All of this worried me. But my mum said she was sure I’d pester her so hard to use the card that it wouldn’t get forgotten. I guess that’s true.

So Santa, if you’re reading this, you can send a gift card if you like, so I can buy my own Goldschlager, Bacardi white rum, Bacardi 151, blackberry brandy, strawberry liqueur, banana liqueur, Hypnotiq, Malibu, Pernod, champagne, melon liqueur, Bailey’s, Crown Royal, Frangelico, peppermint schnapps, Kokanee, Capistro and Domaine D’or. But please bring some Broker’s Gin because we don’t have any at our liquor stores in BC, and Julia Gale of Broker’s didn’t offer to send me any. Oh yes—and that tequila that comes in a gun-shaped bottle. I want to try that.

2 thoughts on “If you’re reading this, Santa…”