On my head is a very small bowler hat.

No, my fellow inebriates, my parents wouldn’t just buy me a hat. The hat in question came perched atop a long-awaited treasure—a product that’s been absent from BC Liquor Stores for over a year and has finally been restored to its rightful shelf thanks to the heroic efforts of Business Development Manager Julia Gale. 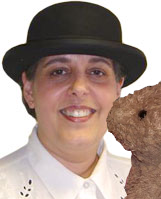 If you’re new to this blog, you can’t possibly know what an odyssey the wait for Broker’s Gin has been. Why did BCLS cease to stock Broker’s? We’ll never know, but the bureaucracy involved in reinstating it seemed, at times, Sisyphean. Oh, MFI, if you could only know the suspense, the suffering, the torture! The holdout for Broker’s here at LBHQ! The resultant desolation and uncomfortable sobriety followed by bludgeoning despair when the product failed to reappear! The debauched embrace of at least six other brands of gin, all drowning the sorrow of one who’s had one’s heart broken repeatedly—a descent that spiraled into multiple gin shootouts, documented and otherwise, until finally last year’s hot weather ended, at which point my parents declared “gin season over” and we consoled ourselves with nothing but beer, wine, rye, Scotch, Canadian Cream, and whisky balls. OMG, MFI, I went through all five Kübler-Ross stages of grief over Broker’s Gin, plus a couple of others (fixation on thongs, washing-machine paranoia, Scarybear-provoked apocalypticity, stalking Julia Gale beyond ordinary levels). And FINALLY the wait has ended. 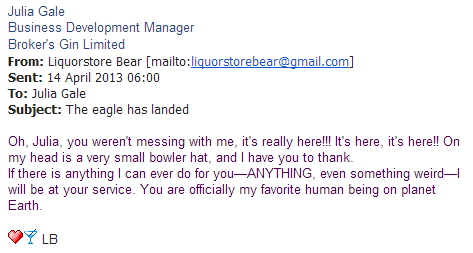 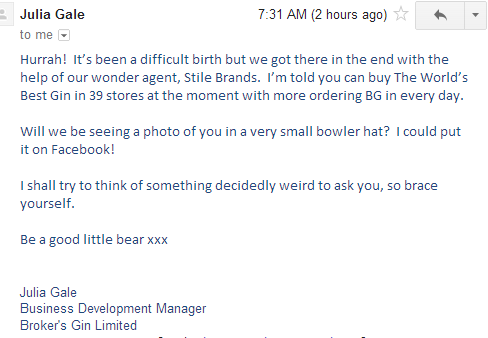 But you never get a totally happy ending at LBHQ. Just ask Dolly. According to my evil parents, it is still not warm enough. They don’t feel like a gin & tonic yet. And here I thought they were spiraling downward with me into seasonal indiscriminateness. Apparently not.

So I will update you when we crack that bottle, which is, of course, foiling my thumbless little paws. For now. 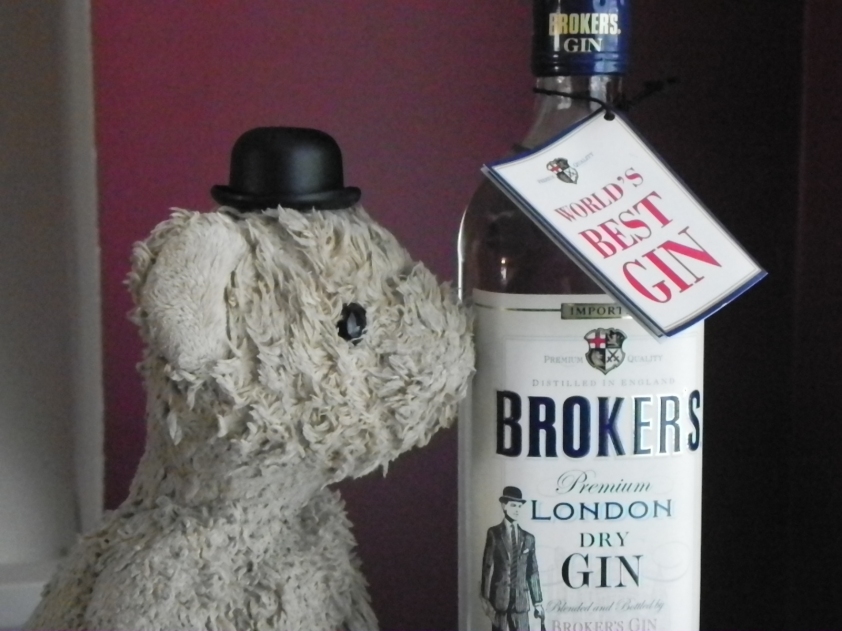 It pays to check your gmail every once in a while. When you only have two brain cells, it’s easy to forget, but today one of them reminded the other, and there in my inbox was a message from one of my dearest friends, Julia Gale of Broker’s Gin.

Very cryptic, and possibly promising. I’ve been skulking around my local booze shop looking for Broker’s Gin bowler hats…could it be? Could it be back in Canada at last??

Only Julia knows for sure. Don’t worry, my Canadian inebriates, I will continue to harass her.

Let’s face it, when it comes to remembering stuff, neither of my two neurons exactly has its axon on the answer button. So I’ve been very remiss toward one of my favorite fellow beer reviewers and two very kind booze purveyors:

Beerbecue tweeted me to ask about the legalities of LBHQ Canadian Cream.

Naturally I hadn’t thought about getting busted (nor had I honestly thought of sharing the liqueur, internationally or otherwise; it represents about four good days of blotto). But beerbecue instilled the fear of Mounties with this picture. 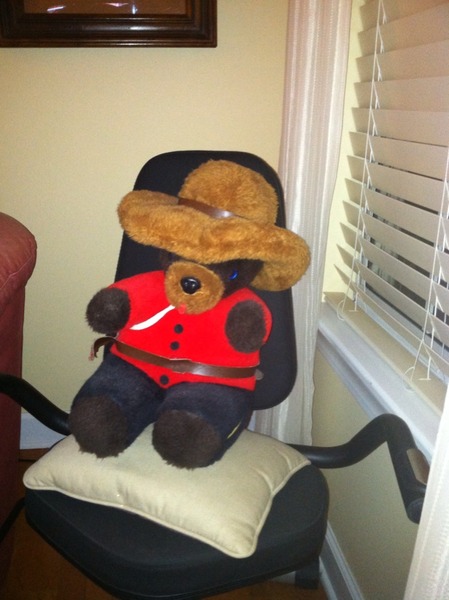 Mounties are notoriously honorable and this one is probably no exception. Regarding the Canadian Cream biz, it probably wouldn’t accept a hush bribe, and then I’d end up in jail where someone would forge the orifice I don’t yet have.

Julia Gale sent me a lovely newsletter mentioning that BROKER’S GIN has been relisted by the BC liquor authority.

This whole thing has been an absolute odyssey, so much gratitude goes to Julia for listening to my whining. Once we get that delicious hooch back at LBHQ we’ll have our much-threatened Gin Shoot-Out Part Deux. 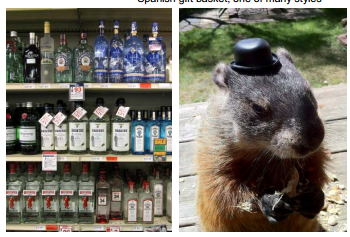 If this groundhog has a Broker’s Gin bowler hat, I imagine mine must be in the mail.

Anthony Frustagli of Parallel 49 Brewing was kind enough to do an interview with me.

Since only house-trained bears are allowed at the brewery, we did our Q&A via email. Be warned, this is a real interview! It contains actual answers and information, which are anomalies for this space.

LB: Thanks for agreeing to talk to us about Parallel 49 Brewing. I’m still reeling from how good LOST SOULS CHOCOLATE PUMPKIN PORTER was. I’ve been tasting SCHADENFREUDE this week—quite bold and spicy. As soon as I bought it, I noticed a ton of other pumpkin beers. I was also surprised to note it’s a lager rather than an ale. Where does SCHADENFREUDE sit on the pumpkin-beer spectrum in terms of flavor profile? 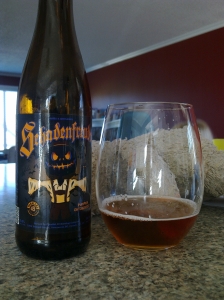 AF: It’s the only pumpkin lager that I know of. We designed it that way because as a lager it has a much lighter body than most of the ales out there, so we didn’t have to spice it as aggressively as some of the other pumpkins. At the same time, the bready malts in Oktoberfests provide a perfect backdrop for the spices.

LB: Do you get a lot of feedback on specialty beers such as SCHADENFREUDE? What would it take for this to become a year-round product?

AF: Feedback on the seasonals has been fantastic. In fact, an article in the Globe and Mail today called SCHADENFREUDE “one of the best pumpkin beers in the country.” Having said that, it is staying as a seasonal beer.

LB: What do you see as your market demographic?

AF: Our demographic is people interested in new, exciting, well-crafted beers.  We’ve only had product in market for about five months, so our demographic hasn’t changed much.

LB: Is craft beer suffering the same doldrums [as macro beer], or is it able to weather the vicissitudes of style/popularity? 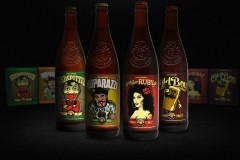 AF: Craft beer numbers are soaring, showing double digit growth every year for the past decade. I think macro drinkers are moving over to craft beer more than they are switching to wine or spirits…. Differentiating ourselves from macro beer is not hard at all. Macro beer is amazingly homogeneous in terms of both flavour and image. Convincing macro drinkers to give you a shot is the hard part. In terms of production and planning, “craft” shouldn’t immediately imply “small.” There are many amazing craft breweries in the US that are HUGE (relatively speaking). Small-batch breweries are not necessarily craft, and craft breweries aren’t necessarily small. A brewery’s commitment to the quality of their product is what determines if they can be considered a craft brewery or not.

LB: Is brewing more art or more science? Both?

AF: Very much both. Our top two brewers both have degrees in chemical engineering, and are both avid home brewers. Designing great beers is an art; actually making the beers as designed (and on a large scale) is definitely a LOT of science.

AF: We all are insanely passionate about craft beer. In fact, we all left relatively secure, well-paying jobs because we wanted to work in a field that was a little closer to our hearts.

LB: How do you decide what sort of beer to produce and market? Do you ever butt heads? 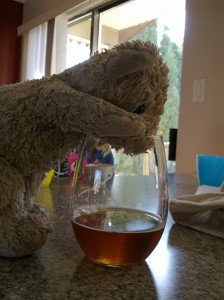 AF: All five of us, along with our brewers and sales reps, have weekly meetings where we sit down and taste each and every beer in production or testing right now, and ask ourselves how we can improve on those. At the same time, we try to answer the question “what would be really awesome to drink right now that I just can’t find anywhere.” That’s how our beers are born.

LB: Which beer is your personal fave? How much does personal taste play a role in deciding which beers to market?

AF: Our motto is “Driven by thirst.” We brew the kinds of beers that we want to drink. Personal taste is pretty much the most important factor in deciding which beers we bring to market. Do I have personal favourite? Depends on the date, weather, my mood, time of day, alignment of the planets, etc. In other words, no… I don’t have a favourite 🙂

LB: Have you ever produced a beer that just didn’t work out?

AF: Several dozen. They never see the light of day outside the brewery though.

LB: What’s your next new beer? Or is it a secret? How soon can we get a taste?

AF: Our next seasonal is UGLY SWEATER MILK STOUT…and we also have a salted caramel Scotch ale, and a cascading dark ale being released in 650ml bottles in mid-November. 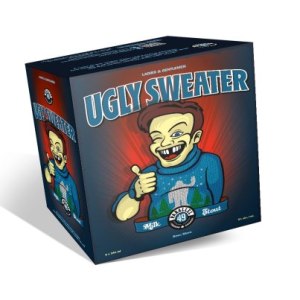 LB: Are you getting a lot of traffic in the Parallel 49 tasting room?

AF: Yes, the traffic through the tasting room has exceeded our expectations several fold.

LB: Do you have any advice for tasting-room visitors?

AF: Please bear with us 🙂  Our growler program has exploded beyond our wildest forecasts (we have over 1000 growlers out to market in just over three months) and we only have one growler filling station. We’ve ordered two more, and they will be installed soon.

LB: Do you allow bears in the tasting room?

AF: Are they house-trained bears? 🙂

The Parallel 49 brewery and tasting room can be found at: