One of my Facebook friends posted this on my wall: 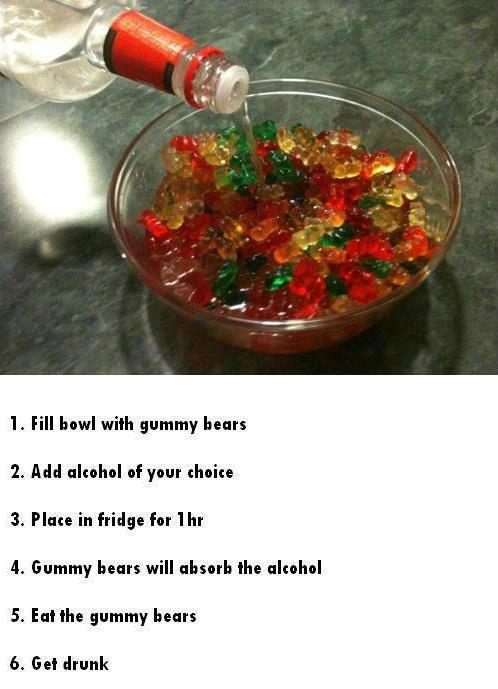 The Internet is full of good ideas, as anyone who’s ever researched a possible medical condition will attest. There aren’t too many better ideas than this one.

As it happened, four-year-old Miss V had a whole bunch of gummy bears, and there was a mostly empty bottle of Bacardi Big Apple languishing in the liquor cabinet. Perfect preschool activity, wouldn’t you say?

But first I had to ask the gummy bears what they thought of the idea. 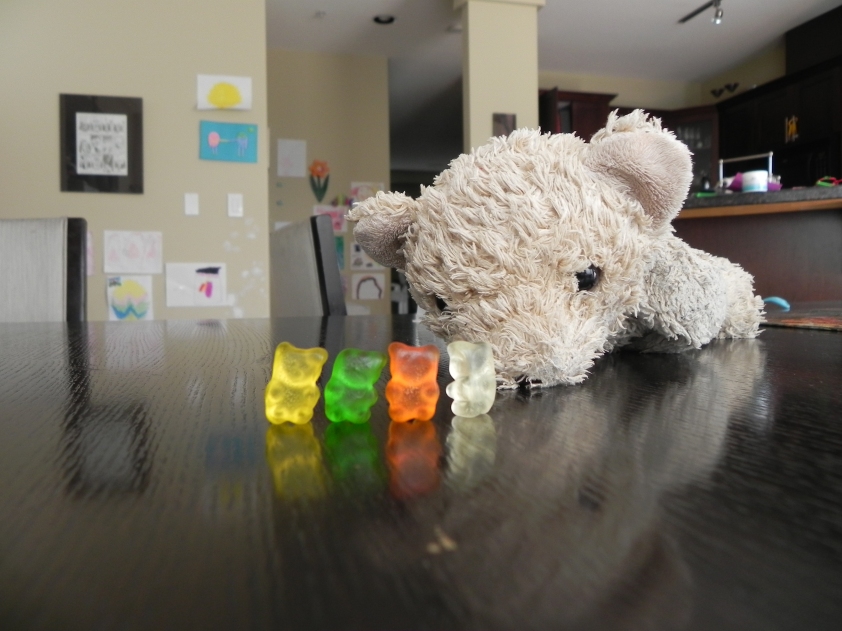 They were totally cool with it, although the white one kept falling down, which made me think it was drunk already.

Even as I warned them about the hazards, the white one wasn’t listening.

V and I helped them line up. Look at that yellow one getting pushy. 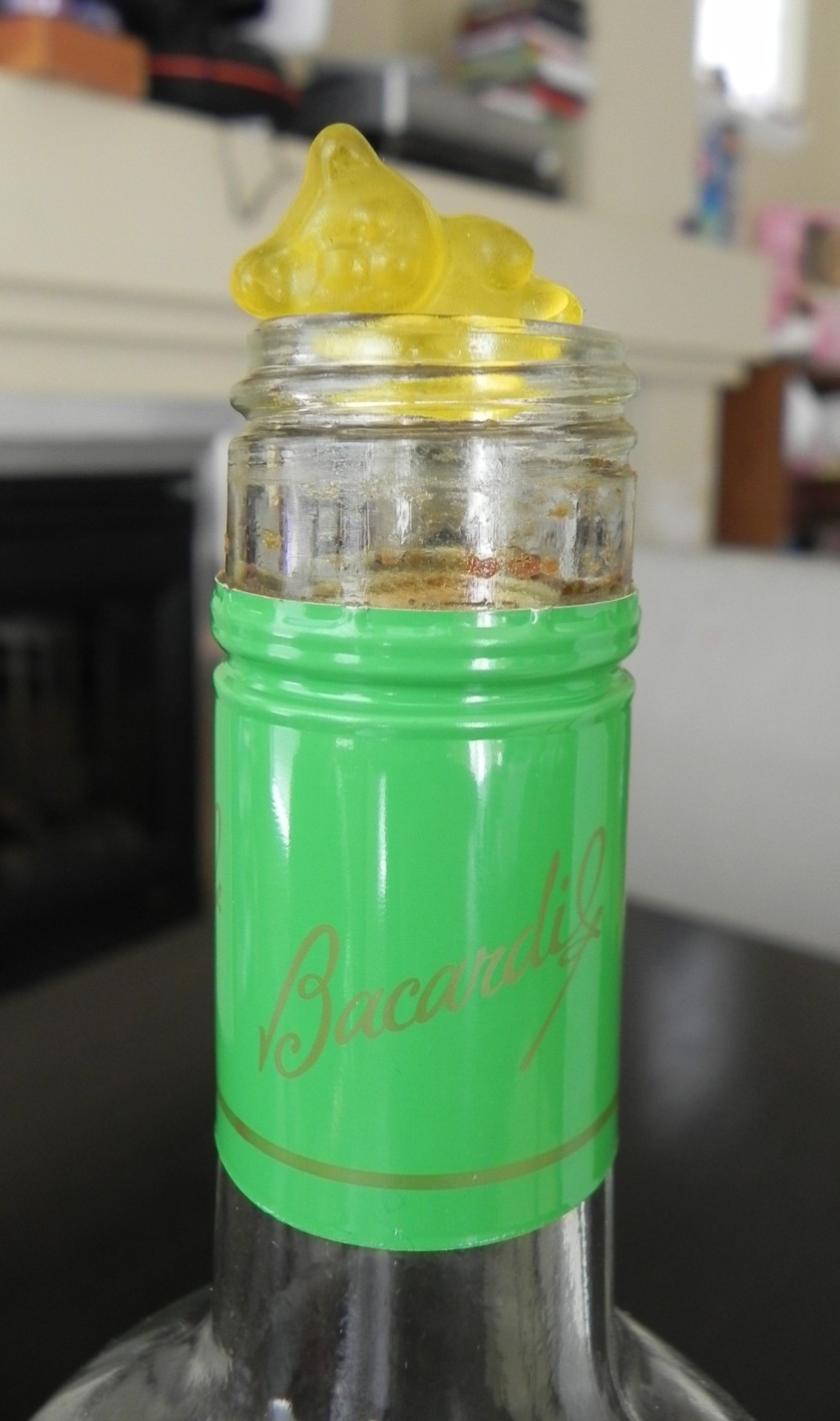 At the top, the gummy bear hesitated. So V ate it.

He who hesitates is lost. V nabbed this one as well. She didn’t really think we were going to let them drop. 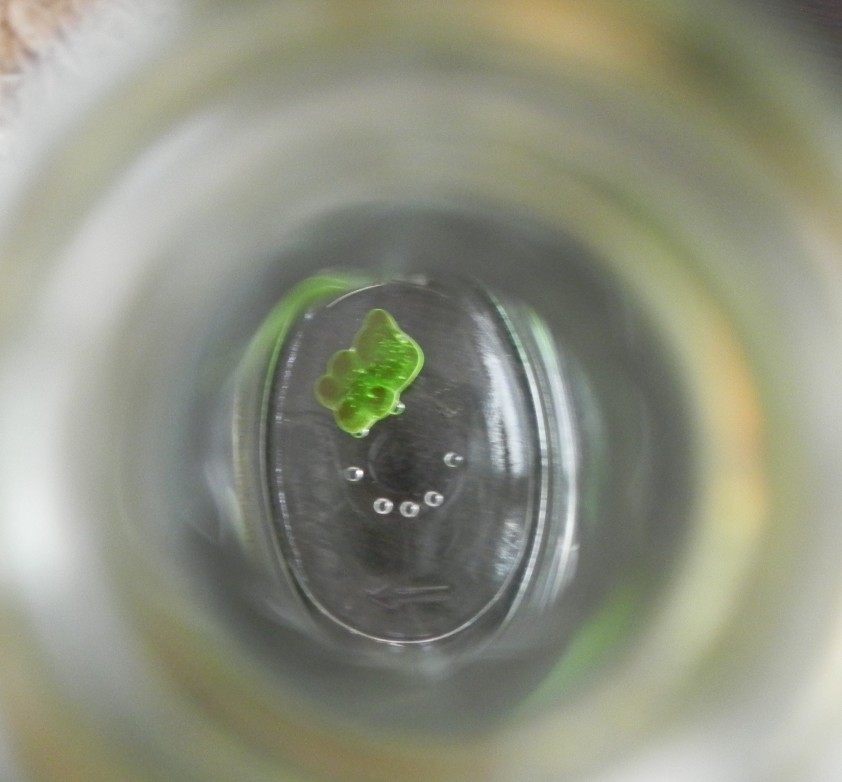 Nor did my mother. This was totally an accident (the kind that happens when you prop a 2-cm gummy bear across a 3-cm hole). 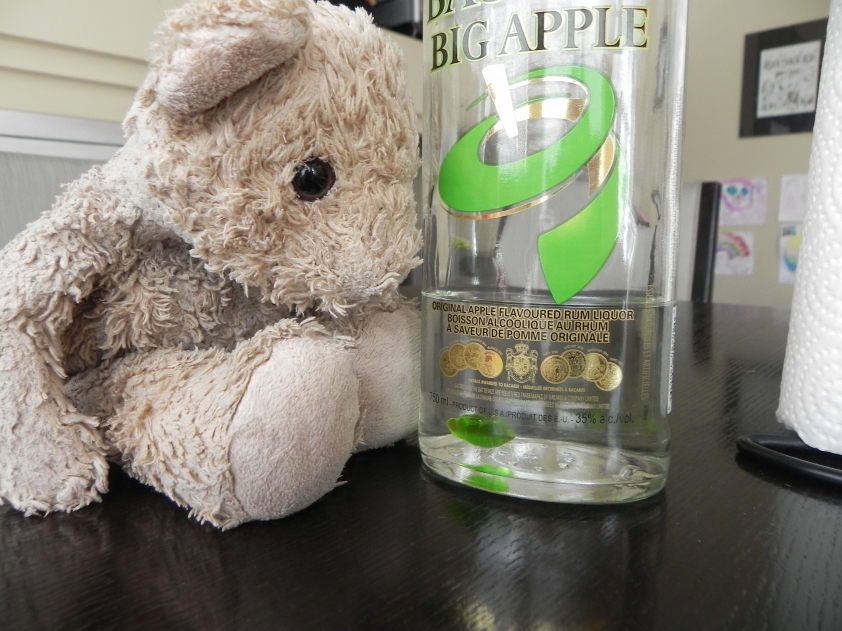 By now the other gummy bears were frantic with excitement. 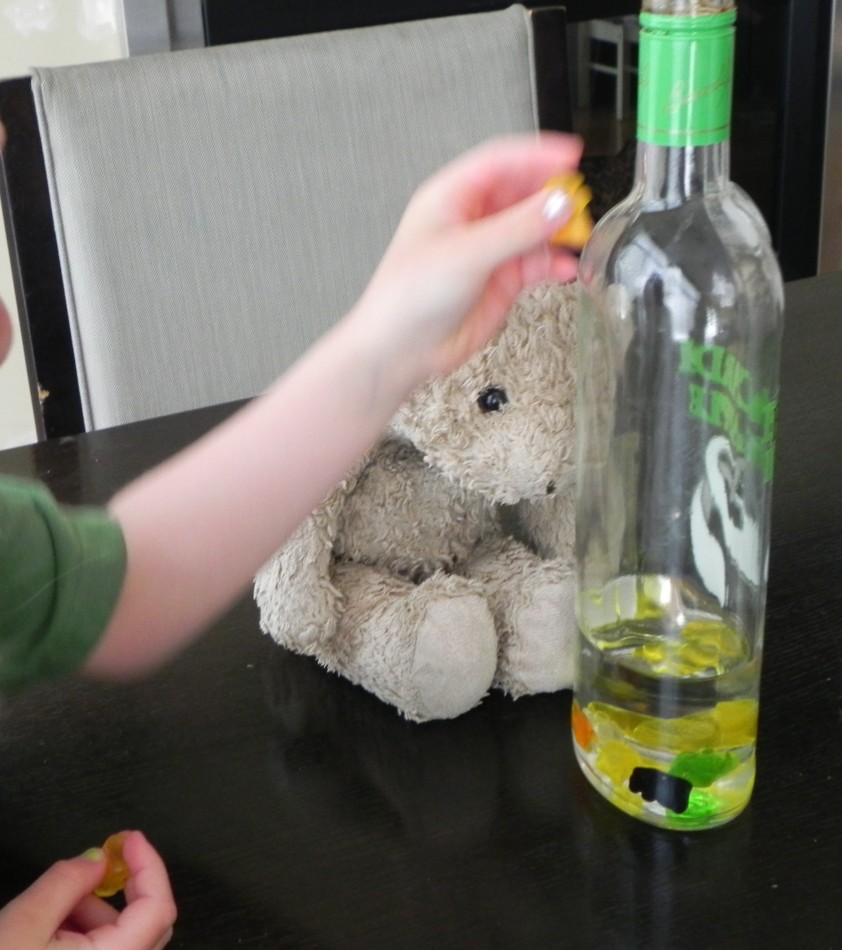 V got busy. “Mummy, what’s this drink called? Mummy, does LB like it? Does he want to drink it?”

They look so happy in there. That bottle’s been in our cupboard for almost four years, helping no one. Now it’s a party bottle.

Kinda reminds me of this other bottle.

6 thoughts on “The secret world of hedonistic gummy bears”