Exasperated by small piles of change strewn over the floor by kids who equate coins with Lego and fling them everywhere, including the yard, my parents decided to school them about money. 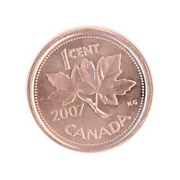 To understand how laughable this is, you’d need to have lived with my parents for the past near-decade. My parents suck at managing money. They’ve paid far too much interest to Visa to have any business criticizing four-year-old Miss V for throwing a bag of nickels into the bathwater. They’re so financially oblivious that they had no idea, two days after the announcement, that the Canadian penny is being scrapped. 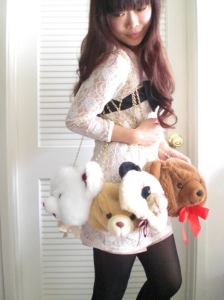 Plenty of countries have eliminated the one-cent coin without mishap, so the idea of a penniless society isn’t that terrifying. Yes, of course businesses will milk the situation by altering their prices upward to multiples of 5, but it seems forgivable considering all the cash-register reprogramming and staff retraining that they’ll need to do. 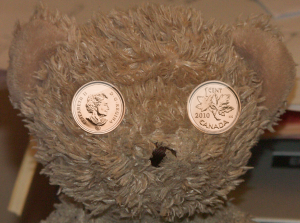 We’re actually a dumbass country for keeping the penny in circulation as long as we have. Pennies are worth 1.6 cents apiece, costing $11 million a year to mint. You can’t buy anything with a penny. They confuse math-challenged store clerks (one panicked the other day at Zellers when my mum offered $5.02 for a $3.72 transaction). Copper theft is rampant throughout the country, highlighting how valuable the element is in comparison to the coins minted from it. (And, in fact, pennies minted since 2000 are mostly zinc rather than copper.)

It’s illegal to throw money away, but plenty of people chuck pennies away for all of the reasons above. When my mum takes it into her head to vacuum every other month or so, and I’m scrambling out of the way of the shop vac’s maw, I can hear pennies clattering into it. Pennies suck!

Still, I wish I had a couple of thousand pennies to haul to the liquor store. They’d weigh ten pounds, which would almost kill me, but I’d come home with another bottle of MONTSANT BESLLUM (2008), the wine we drank last night while watching Breaking Bad. We’re two seasons behind on the show—considerably behind my papa and bionically-kneed nana, who have been gorging themselves on Breaking Bad. It’s tough to watch a show about crystal meth turf wars with two little girls on the couch beside us, so we have to wait until after bedtime to watch, unless we want to explain how addicts sometimes get sprayed with bullets at the bus stop or choke to death on their own vomit.

The 2008 BESLLUM is a 50/50 mix of Garnacha (Grenache) and Carignan, aged 16 months in French oak. The two varietals complement each other with their respective low and high acid profiles, resulting in a lush, opulent wine that exudes cherries, plums, and dates. Smooth on the palate while intense and warming, the wine develops admirably as it sits, becoming an entertainment unto itself. In truth, BESLLUM is enough of a conversation piece to warrant turning off the TV and focusing on the taste.

BUT NOT IN THE MIDDLE OF A PARKING-LOT SHOOTOUT IN BREAKING BAD! The intense scene may have distracted us a tiny bit from the magic of the 2008 BESLLUM, necessitating further tests. Sadly though, I don’t have two thousand pennies. I did attempt to raid the kids’ piggybanks, at which point I learned about my parents’ idea to teach them about money. Here’s the half-assed plan strategy:

The kids will put half their money in the bank. With the other half they’ll buy something vapid and retarded My Filly ponies, which cost, with tax, $3.35, or 335 pennies. This teaches the girls that $3.35 equals: It teaches me that the 2008 BESLLUM equals: 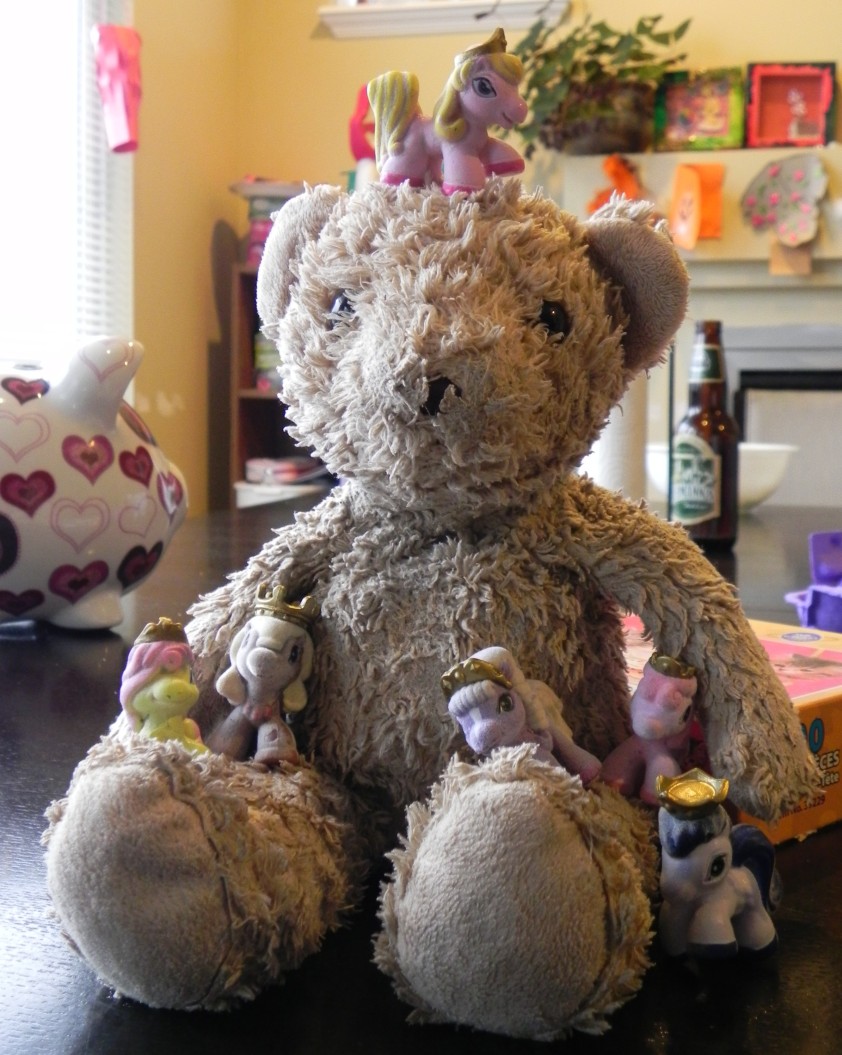